This Friday night the moon will go through a penumbral eclipse, and the following morning our sky will be visited by an unusual green comet.

Known as the “snow moon,” the first full moon of the month will be partially shaded by the Earth. It won’t be like a typical lunar eclipse, which has the moon fully covered by the Earth’s shadow and then change into a reddish hue. 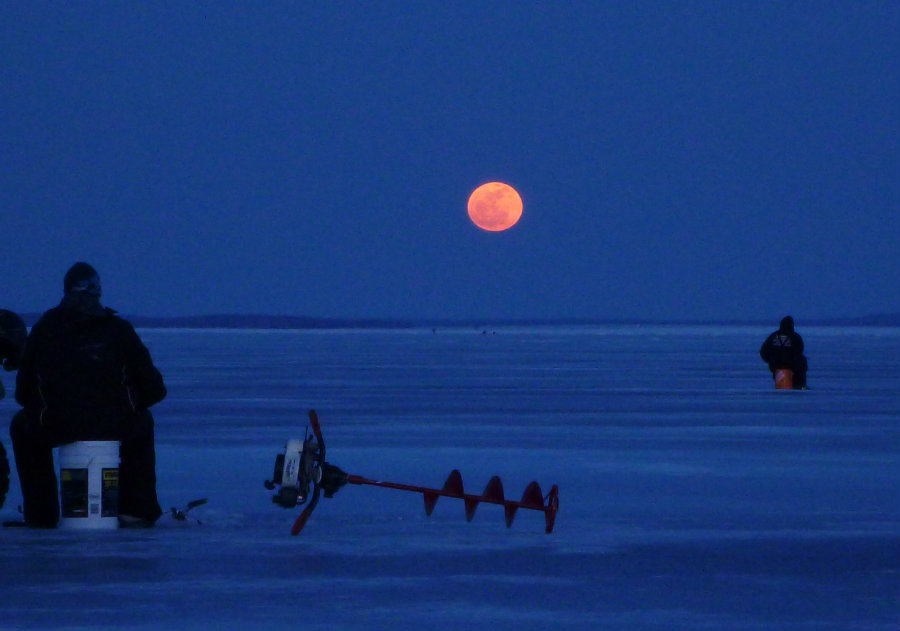 On the other hand, there’s Comet 45P/Honda-Mrkos-Pajdusakova, visible using binoculars or small telescopes in the Hercules constellation. 45P will be visible between Thursday and Sunday, being the closest on Saturday, nearing the Earth by 7.4 million miles.

Space.com will broadcast both events. The “Full Snow Moon Eclipse” segment will be aired on Friday, February 10 at 5:30 p.m. and the comet will be featured on “Cruise the Galaxy with Comet 45P” at 10:30 p.m. on Friday night. All dates are Eastern Time.

The lunar eclipse will be visible nearly worldwide, except for locations in the Pacific, such as Australia, New Zealand, and Hawaii.

Unfortunately, the moon will be rising at the same time the eclipse is taking place in North America, which means that it will be harder to see. To fully appreciate the astronomical event, it is best to move to a place far from the city, where light pollution and tall buildings are scarce. In most parts of North America and western South America, the eclipse will peak as the full moon is rising, but viewers in the U.S. Midwest and west coast will miss its earliest stages.

Friday’s eclipse is not classified as a total lunar eclipse, whereas the first is expected to occur in early 2018.

Now, Comet 45P will be visible for dedicated watchers high in the eastern sky. It will appear as a green, blurry ball with a tail. Its color is due to the vaporization process of diatomic carbon. 45P will be the eighth closest comet since records began. Its latest sighting was in 2011, but subsequent visits will be much farther from Earth, so it is worth to take the time to try and spot this unusual event.

Although the consensus is that 45P will be visible through simple telescopes or binoculars, astronomers believe that, because it will pass at such a small distance, it may be visible using the naked eye when it manifests itself on the pre-dawn sky. This map provided to EarthSky.org by Bob King shows the position of the comet at 6:00 a.m. on Saturday, which will be its “ideal viewing time.” Watchers that are in the Eastern Time zone will see the comet at a slightly behind position from what it’s shown on the map, due to it being plotted for Central Standard Time.