Former Chicago police officer, Jason Van Dyke, has been released from prison after serving half his sentence for 2014 of Laquan McDonald. Van Dyke, 43, was sentenced to seven years for shooting 17-year-old McDonald 16 times, but he got released on Thursday after serving three and half years. 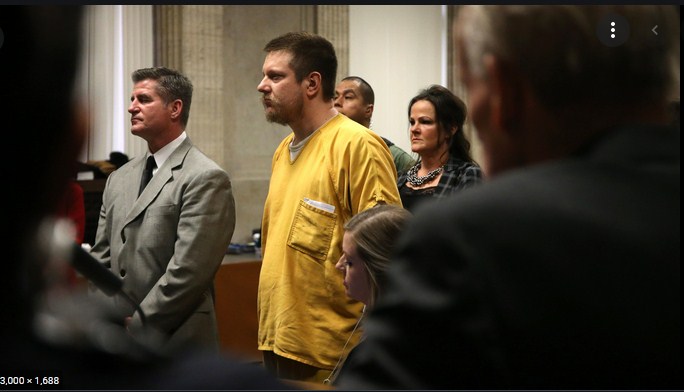 McDonald’s release sparked public outcry, with many clamoring for him to be tried and sentenced again on a federal level. The authorities said he was released for good behavior and that the laws of Chicago provide that a well-behaved prisoner could be released early based on good prison conduct.

The white police officer even expressed regrets at the unfortunate killing of the black teen by agreeing that his actions caused the McDonald family great pains. “October 20, 2014, will always be the worst day of my life,” he said during his 2019 sentencing. “It was due to my actions that the McDonald family has suffered pain.”

Van Dyke had been convicted of second-degree murder and 16 counts of aggravated battery with a firearm – referring to the 16 times he shot McDonald. Former special prosecutor Joe McMahon had led other prosecutors who gained the former police officer’s conviction. Reacting to the news of his early release after serving three and half years of his seven-year prison sentence, McMahon said he always knew that Van Dyke would come out early. The prosecution had asked for 18-20 years for him.

“When I think back what my reaction was in 2019 when this sentence was handed down, (it) was wow,” McMahon said. “He’s going to be out fairly quick. I understand the sentence that was imposed is less than what a lot of people wanted. [But] this was a successful prosecution. It’s incredibly rare for a police officer in any jurisdiction — especially here in Chicago – to be charged, convicted, and sentenced to prison for murder. That’s the message.”

Mayor Lori Lightfoot said she was disappointed that Van Dyke was released early and called it a “supreme disappointment” while Cook County Board President Toni Preckwinkle called the affair a “gross miscarriage of justice.” Cook County State Attorney Kim Foxx also condemned the release and asked the authorities to press charges on a federal scale.

McDonald’s grandmother Tracey Hunter as well as his great uncle, the Rev. Marvin Hunter, expressed their displeasure with how things turned out.

“This continues to feel like a miscarriage of justice, especially when many black and brown men get sentenced to so much more prison time for having committed far lesser crimes,” Mayor Lightfoot said. “It’s these distortions in the criminal justice system, historically, that has made it so hard to build trust.”