Three US scientists have been awarded the Nobel Prize in Medicine for their research on two genes that control human’s biological clock. Scientifically known as the circadian rhythm, it also regulates the inner clock of all other living organisms. Jeffrey C. Hall, Michael Rosbash, and Michael W. Young have cleared the path to improve the outcomes of patients who suffer from diseases based on disruptions of the body’s clock.

As the Earth rotates, plants, animals, and humans adapt their biological rhythm to synchronize with the day and night cycle to regulate their inner processes by taking advantage of the benefits offered by the environment. 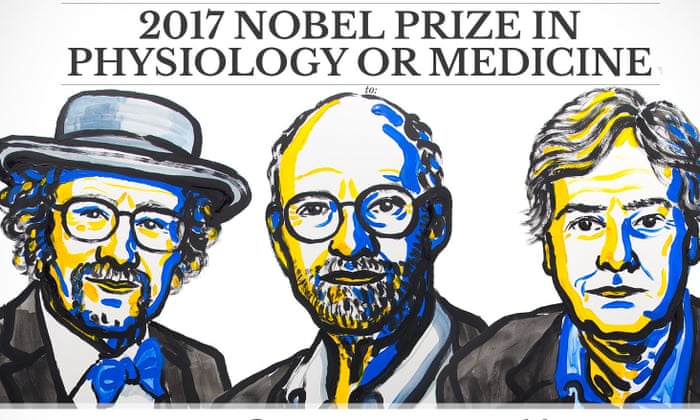 Dr. Rosbash was asleep when a representative of the Nobel committee called him at 5:10 in the morning, as reported by The New York Times. He first thought that someone would be about to tell him that a relative had died. Rosbash was happy to know that his research was that significant even in a decade in which cancer immunotherapy and gene-editing are increasingly popular.

The trio of scientists, who share a prize of around $1.1 million, have studied these mechanisms for decades. Now, they have found a way to isolate a gene called period. This gene controls a person’s daily rhythm and encodes a protein responsible for accumulating cells at night and deteriorating during the day, as the Nobel committee explained in a statement.

This is how the gene regulates awakening, sleeping, eating habits, hormone release, body temperature and blood pressure, among other inner processes. Whenever the biological clock fails to match the external environment, individuals experience symptoms of an affected well-being.

For instance, jet lag is a consequence of a temporary mismatch between the inner clock and the environment that occurs when people travel across several time zones.

In the 1970s, the scientist Seymour Benzer and his student Ronald Konopka discovered that mutations in the period gene caused disruptions in the circadian clock of flies. To determine how this gene worked, the three scientists who won the Nobel Prize used fruit flies to isolate period and realized that the protein encoded by this gene, PER, fluctuates over a 24-hour cycle.

Moreover, they discovered that another gene, called “timeless,” encodes a protein that regulates the activity of the period gene. Named TIM, this protein works along with PER to control the biological clock.

The Nobel committee explained that metabolic diseases, including diabetes and neurodegenerative diseases, appear as a result of an imbalance between rhythm and lifestyle.

Professor Russel Foster, who studies circadian rhythms, said this research could be used as a platform to develop treatments for people suffering from blindness, schizophrenia and degenerative diseases, according to CNN. Based on these findings, effective therapeutic interventions could mimic light to help regulate a patient’s biological clock, said Foster, who leads the Sleep and Circadian Neuroscience Institute at the University of Oxford.

“This is a really important conceptual breakthrough,” said Foster, who is also the director of the Nuffield Laboratory of Ophthalmology. “This part of biology is spreading to lots of different areas of biology and other areas of health.”