NASA revealed the new catalog of exoplanets from the Kepler Mission. It includes 219 newly found planets, and 10 of them are near-earth-sized planets, which have the required characteristics for the potential existence of water on the surface.

Earlier this week, NASA held a media conference to announce the new catalog of exoplanets. Currently, the mission has found 4,034 exoplanet planet candidates, of which 2335 has been confirmed as exoplanets, and 30 of them are in a habitable area regarding the star they orbit. As well, they have discovered that these planets have 2 main branches.

There are two significant distinctions among exoplanets

The Kepler planets are the ones that have been found since the NASA’s Kepler Mission started in 2009, with the aim of finding planets that are similar to the Earth. More than 2300 planets have been confirmed as exoplanets thanks to this missions. This number represents a little bit more than half of the exoplanets discovered since the first of these planets was found in the mid 90’s.

According to scientists, exoplanets –  just like animals – could have species too. According to a study led by the California Institute of Technology researchers, two big branches of exoplanets could be described. One of them are the rocky, Earth-like planets or “super-Earths” and the other branches would be the ones integrated by the gaseous, Neptune-like planets that orbit distant stars.

“Astronomers like to put things in buckets,” said lead author Benjamin Fulton in a statement. “In this case, we have found two very distinct buckets for the majority of the Kepler planets.”

This discovery is very similar to when it was discovered that mammals and reptiles were different families on the tree of life, according to Andrew Howard, who is a principal investigator and a Caltech professor.

The Milky Way usually has rocky planets. These could be much as 1.75 times the size of Earth. There are also “mini-Neptunes” which are gaseous planets about 2 and 3.5 times bigger than the Earth. The study shows that in the Milky Way there are not a lot of planets with characteristics from both groups of exoplanets, regardless of the size.

The data collected suggests that most of the planets can be divided into two types. For starters, there are the terrestrial planets, similar to the Earth, with a rocky surface and a thin atmosphere. Secondly, we’ve got the gas giant planets similar to Jupiter, with solid cores that are surrounded by thousands of kilometers of enveloping gases

These two buckets are not perfect

Tough this distinction can come very handy, the reality is not as neat as it suggests. The new catalog shows that there are gas giants that orbit closer to their stars than Mercury does. Others are so hot that their surface must be melted magma. As well, there is a mystery regarding the so-called “super-Earths.”

The Kepler catalog shows that about two-thirds of the planets have a radio between 1.1 and four times the size of the Earth’s. So their size is somewhere between the Earth and Neptune’s size. No planet in the Solar System could be considered a super earth, though it is the most familiar world among those that were found.

Therefore, it is a little bit hard for scientists to tell if super-earths are just terrestrial planets with a rocky surface or if they could be gas giants with big atmospheric pressures. There is no way to know if they have a solid surface that can make them habitable. Thanks to the recent data of the Kepler mission, scientists have one hypothesis regarding the nature of super earth. They say that the ones with radii that are between 1.3 and 2.4 the radio of the Earth are similar to it. 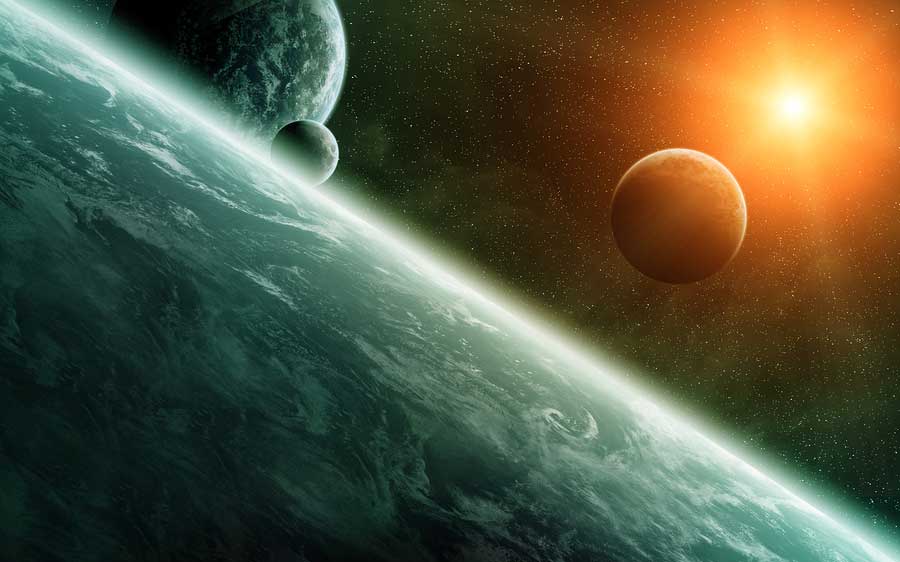 On the other hand, the planets with radii between 1.5 and two times the radio of the Earth are harder to find, and they think that they could be a type of world between the rocky and the gaseous ones. According to the data, the planets that are 1.6 times larger than the planet Earth have a thicker atmosphere, similar to Neptune’s.

A lot of things have been discovered since the launch of the Kepler Mission. More than 2000 planets, a division for exoplanets, and almost 40 planets are candidates to be the Earth’s twin. Since they have a similar size, and they reside in their star’s habitable zone, Earth-like exoplanets would allow having water on their surface.

The numbers of discovered planets have passed from tens to thousands, and now scientists can classify and speculate regarding their frequency in the galaxy, all of this is thanks to Kepler. They have more details about the planets for a better comprehension.

“Before, sorting the planets by size was like trying to sort grains of sand with your naked eye,” Benjamin Fulton commented