Home » Headlines » Technology » The MMO: Where did it come from, and where is it heading?

The MMO: Where did it come from, and where is it heading?

There was once a time when playing video games was considered a lonely pursuit.  Kids sitting in their bedrooms, endlessly trying to beat high scores they set themselves on consoles than now wouldn’t hold a candle to a low-end smartphone in terms of raw power.

How times have changed.  While there are plenty of single player games out there, multiplayer has added a completely new dimension to gaming that has not only changed the face of gaming in general but is also responsible for pushing the industry to the level it is currently enjoying. Being able to beat the computer is great, but being able to beat your friends is a whole new level of satisfaction!

In its infancy, massively multiplayer online gaming was pretty simple.  Games such as Mazewar kicked things off back in the mid-1970’s, but MMO’s in particular only really became relevant in 1997 with the release of Ultima Online.  Smashing records left right and center, Ultima Online still has a place in many an MMO fans heart, and with good reason too. This isometric 3d role-playing game was the first MMO to reach 100’000 subscribers a month and set the standard for all large-scale online multiplayer games going forward.

While the majority of hardcore MMO fans are still playing on the PC (and now to a greater extent, consoles), there has been an interesting shift in where these sorts of games are being played, and this new shift is taking the genre mobile.

Now, it could be said that some of these new breeds of massively multiplayer online games aren’t quite as detailed as their PC based brethren, but the sheer convenience of being able to jump in and play wherever we are seems to have convinced a lot of players to try out gaming on the mobile platform.  As phones have become more powerful, the games have become more complex, and we are now at a stage where some games share graphical parity with their PC versions and not only that, some are now even allowing cross-platform play.

This cross-platform gaming is where the real excitement is being felt for MMO fans.  Check out any forum, and you may be faced with a torrent of comments telling you otherwise, but the numbers don’t lie.  Mobile gaming is here to stay, and when you consider that Candy Crush, the most popular mobile game to date, earns around $500’000 a day in revenue, it is easy to see why games companies are eager to grab a slice of the pie.  Having a game that can be played on the go while commuting, and then seamless switching back to playing on PC when you arrive home has also been seen as the holy grail by gamers for years.  While there are some examples of game developers moving in this direction, such as Plarium, these cross-platform massively multiplayer online games are few and far between at the moment. Although more are being developed and judging by the response so far, plenty more will follow.

Interestingly, this could lead to a fundamental shift in how we buy games in the future.  With multiplatform games, the average consumer will not be happy about buying two or three copies of the same game. Instead, we are likely to see more ‘buy once, play everywhere’ or subscription-based games, mixed in with those that already use adverts and/or microtransactions. This could be a good thing for consumers, saving money and also ending the ‘cloud save’ issue once and for all.  In a world where games are played on whatever platform you are currently in front of, your save game will have to be synced everywhere you go. No ifs, no buts. 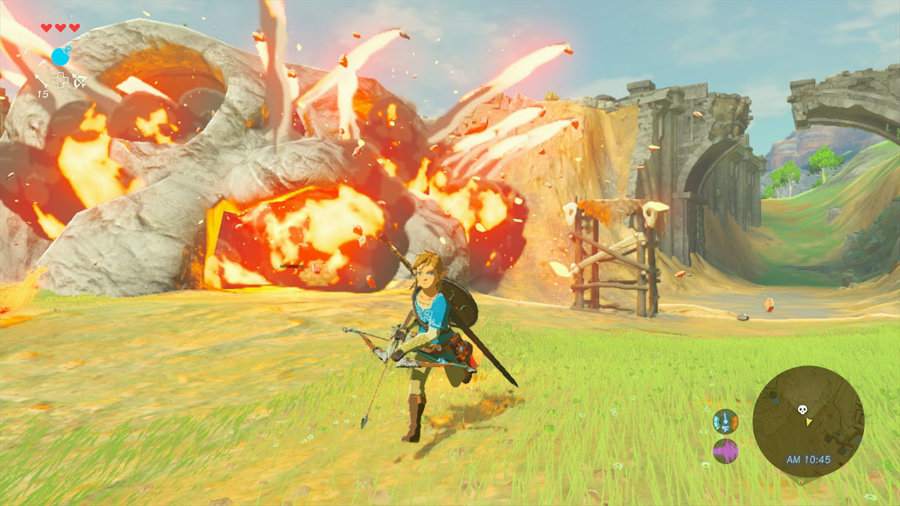 For all the excitement and promise, there will still be a few gamers out there who are not convinced by mobile platforms muscling in on their turf.  To give these gamers some credit, there will always be high-end games that require more horsepower than our phones can deliver, but that gap is closing.  It is also worth noting that most of the MMOs that populate the Google Play and Apple Stores are not graphically intense,  and as such are suited to be played on lower-end machines.  Nobody is expecting Call Of Duty on mobile to match it’s console based cohort, but are we a million miles away from the likes of StarCraft being played on the go?  The plethora of similar games already available should tell you that we are indeed, not far away from that.

Strategy games, in general, lend themselves very well to being played anywhere and everywhere.  If, for example, you are playing the likes of Vikings: War of Clans, not being available while your kingdom is burnt to the ground, is likely to get tiring quickly.  Getting notified while on the bus that your civilization is under attack, and immediately sending your troops to defend, is a much more satisfying situation.

While the MMO genre is maturing nicely on mobile, it doesn’t mean that there is no more innovation to be had here. There is no reason why we won’t see games being released for console or PC, with some facets of the game being available on mobile.  For example, a detailed MMORPG (massively multiplayer online role-playing game) with a base building mode, could house the main game on the more powerful platforms but still allow you to build and maintain a base while you are mobile.  This sort of innovation could satisfy both hardcore and more casual gamers alike, and in turn, maximize a target audience for the game makers.

Whatever direction the MMO takes in the future, you can bet your bottom dollar that mobile will at least be a consideration now for many studios.  With a user base of over 2 billion, it would be silly for any company not to notice the mobile market.  However, whether it will be in the form of ‘spin-offs’, such as Bethesda’s Fallout Shelter, or a more ‘every platform is welcome’ approach, as seen with Minecraft and Vikings: War of Clans, is yet to be seen.

Charles Manson dies aged 83, in California < Previous
5 awesome hidden games on Google Chrome that not everybody knows of normally Next >