Medicare FAQs: What Seniors Should Know About Health Insurance

Since 1965, the federal Medicare program has been providing healthcare coverage to millions of Americans. In 2017 alone, more than 58 million people were enrolled in this pivotal program – which covers a plethora of healthcare costs for those who have disabilities and those who are 65 or older. The number of Americans eligible for Medicare coverage stands to increase significantly in the coming years, with estimates showing that enrollment will reach 64 million by 2020 and 81 million by 2030. 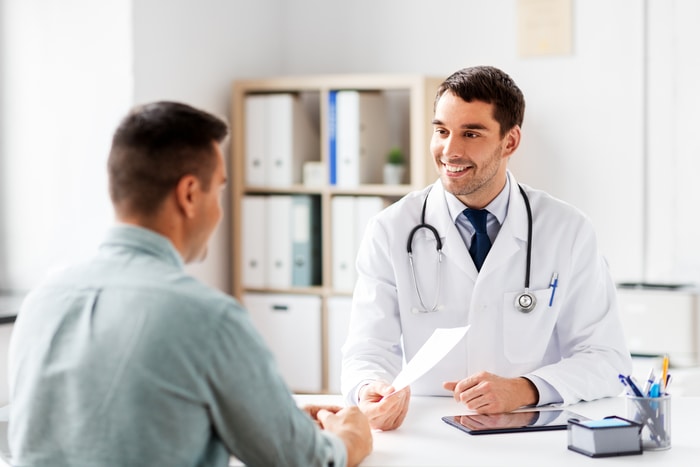 Despite our nation’s growing reliance on Medicare coverage, this program can be notoriously challenging to navigate. The mere process of enrolling in Medicare can be a major source of confusion. In order for every eligible American to take full advantage of this coverage, it’s essential that the average person understands the plans available to them, as well as the ins and outs of these policies. Answering some of the most common questions pertaining to Medicare can be a great place to start.

What does Medicare cover?

Understanding Medicare coverage can be tough because the program is split into four distinct parts. Medicare Part A covers hospital visits and skilled nursing facility care; Part B acts as your medical insurance, covering the cost of physician visits and diagnostics; Part C, also known as Medicare Advantage, covers both hospital and medical costs and is an alternative to Original Medicare; and Part D provides coverage for prescription drugs.

To add to the letter-related confusion, there are also subsequent parts that are meant to cover gaps in the coverage provided by Original Medicare (the name used to refer to Parts A and B). These plans are known as Medigap coverage. Each one has a different combination of benefits and associated costs. They’re meant to be supplemental to your Original Medicare plan. However, they are not intended to work with Medicare Advantage plans.

What isn’t covered by Medicare?

In some cases, people may make assumptions that all Medicare plans are the same or that their medications and medical devices will automatically be covered. Unfortunately, this is not always the case.

Notably, dental care is a major part of treatment that’s excluded from Medicare coverage for most people. Eye examinations, hearing aids, acupuncture, and cosmetic surgeries most likely won’t be covered, either. In addition, long-term care isn’t part of Medicare; policyholders will need to secure separate coverage for this purpose. Keep in mind that even Original Medicare may not cover all of your costs depending on the particulars of a given situation. That’s why it’s vital to gain a thorough understanding of your policy before you sign up. You should also ensure you anticipate your own healthcare needs as much as possible. With help from a health information exchange organization, you can obtain your health records and make decisions about your doctors, medications, and more that might impact your out-of-pocket costs in the future.

Am I eligible for Medicare?

Medicare coverage is intended for seniors ages 65 and older, as well as younger people with certain disabilities. Generally speaking, individuals with disabilities will be eligible for Medicare after they have received disability benefits for two years. There are exceptions to this rule, however. For those enrolling in Medicare due to age, the initial enrollment period will begin three months to an individual’s 65th birthday. This period lasts for seven months total, ending three months after that individual’s 65th birthday. It’s typically a good idea to enroll in at least Part A coverage as soon as you’re eligible, as this can prevent coverage gaps.

How much does Medicare cost?

It really depends on your circumstances. If you or your spouse have paid Medicare taxes for at least a decade, Part A will be provided to you free of premiums. While this is the case for the majority of people who enroll, others may have to pay a premium for this part of Original Medicare (which is based on how long you have been working and paying Medicare taxes). Medicare Part B does cost a monthly premium for those enrolled. In most cases, there is a standard premium–the average was $134 per month in 2018–but it could vary based on income, year, or other considerations. If you enroll in Medicare Part D and/or Medigap coverage, you’ll also pay monthly premiums for those services. You’ll also be responsible for out-of-pocket costs due to deductibles, co-payments, co-insurance, out-of-network care, and more.

Because there are so many factors to consider and so many possible plans to choose from, it’s imperative that you obtain Medicare quotes from a reliable source prior to making your final decision. According to a recent survey, only 33 percent of Medicare eligible adults reported shopping around for the best healthcare plans. Often, this is due to feeling overwhelmed during the coverage selection process. But by giving yourself enough time to compare your options will likely result in long-term savings and reduced anxiety pertaining to out-of-pocket costs.

Armed with this information, you’ll be in a much better position to choose the best plans for your situation. Although it can be difficult to anticipate future healthcare needs, exploring all of your options and their associated costs can allow you to become an informed and confident consumer.

8 Strategies to Practice Mindfulness on a Daily Basis

April 11, 2021, No Comments on 8 Strategies to Practice Mindfulness on a Daily Basis

April 11, 2021, No Comments on Ketchup Shortage Hits Restaurants; Heinz to Produce 12 Billion Packets to Catch Up

April 9, 2021, No Comments on Prince Philip Dies at 99 at Windsor Castle; Queen Elizabeth to Mourn for 8 Days

How to Repair Your Ceiling Without Breaking the Bank

April 8, 2021, No Comments on How to Repair Your Ceiling Without Breaking the Bank

Turns Out Nursing Isn’t for You? 7 Other Jobs You Can Apply Your BSN to

April 7, 2021, No Comments on Turns Out Nursing Isn’t for You? 7 Other Jobs You Can Apply Your BSN to

April 7, 2021, No Comments on Is It Possible To Suddenly Develop Hay Fever?