The police in Canada are hunting for a man who punched a nurse severally in the face for vaccinating his wife. The man reportedly stormed the Brunet Pharmacy in Sherbrooke, southern Quebec, and accused the nurse of administering the COVID-19 vaccine on his wife. 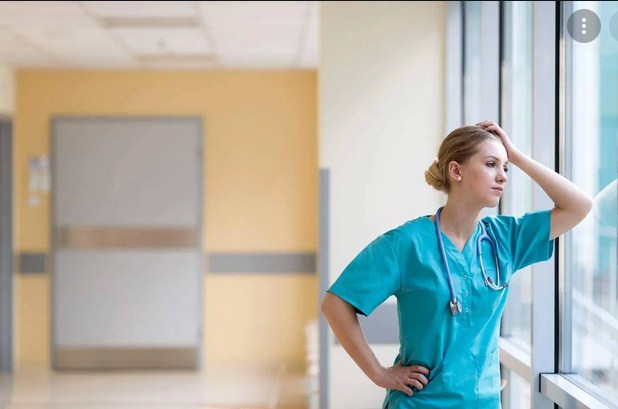 The man said the nurse did this without his permission, and then knocked the nurse to the ground by hitting her repeatedly in the face.

“The suspect was very angry, very aggressive; he asked the nurse why she vaccinated his wife without approval, without his consent,” said Sherbrooke Police spokesman Martin Carrier. “And he punched her right in the face multiple times so the nurse didn’t have the time to defend or explain herself…and she fell to the ground and the suspect left running out of the drugstore.”

The nurse who suffered significant injuries to her face was taken to a hospital by ambulance and is currently responding to treatment. The Jean Coutu Group, which owns Brunet Pharmacy, said they find the attack on the nurse repulsive, considering that the pharmacy has been “providing essential services since the beginning of the pandemic.”

The assault was not captured on video and police authorities have not been able to identify the attacker. But eyewitnesses said he is between 30-45 years old, about 6-feet tall, and of medium build with dark skin. They also said the man has short brown hair, thick eyebrows, two ear piercings on each ear, and a tattoo that looks like a cross on his hand.

Carrier said the offender will be charged with assault when arrested. He called for the public to help identify the man so that he can face charges for his offense.

According to legal experts, people do not require their spouses’ permission to get vaccinated in Canada. The Our World in Data revealed that almost 70% of Canadians are vaccinated against COVID-19, while the figure stands at about 55% for the United States.

Authorities said Canada remains one of the countries with the highest rate of vaccination in the world, but the rate of COVID-19 infections and hospitalizations have not fully abated.

How to Handle the Holiday Busy Season < Previous
China Bans Crytocurrency Trading; Cracks Down On Mining All Digital Currencies Next >