US District Judge Liles Burke has suspended Alabama law that banned puberty blockers and hormones for transgender teenagers. The judge said the law is not constitutional and suspended the part that is inconsistent with the spirit of the law. Known as the Alabama Vulnerable Child Compassion and Protection Act, the law makes it an offense to give hormones and puberty blockers to minors who want to identify with a particular gender. 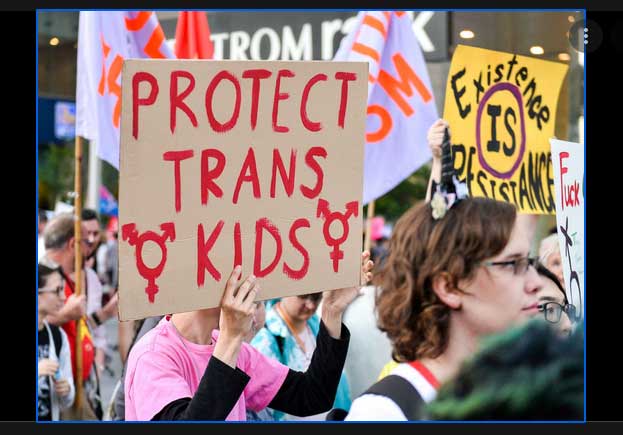 Taking effect on Sunday, the ruling of Burke does not forbid surgery for teens willing to change their gender, but medications for the meantime. Alabama Governor Kay Ivey and Attorney General Steve Marshall said they are not pleased with the judge’s ruling and would appeal the decision in the court. Ivey signed the bill into law on April 8 after the legislature passed the bill the day before, and it became effective 30 days later.

Judge Burke said 22 major health institutions agree that the offensive parts of the law should be suspended till trial. The plaintiffs who include a pediatrician, a child psychologist, and a pastor as well as parents said puberty blockers and hormones are effective and safe for youths with gender dysphoria.

They said the drugs are necessary for dealing with the depression and anxiety suffered by transgender youths who cannot transition.

But supporters of the Alabama law said professional mental counseling can be applied to counter any anxiety or depression suffered by youths. They argued that puberty blockers and hormones negatively impact sterility and sexual functions and should be therefore limited to adults. They said the drugs are experimental.

But Burke said this is not true.

According to the judge, Section 4(a)(1)–(3) of the Alabama Vulnerable Child Compassion and Protection Act is not in line with provisions of the Supreme Court and the Court of Appeals for the Eleventh Circuit which provide that parents can determine the medical care given to their children so far they are in tandem to accepted medical standards, and that “discrimination based on gender-nonconformity equates to sex discrimination”.

“This ruling means that we will be able to continue providing our child with the medical care he needs, and nothing could be more important or more of a relief to our family,” a parent disclosed in relief. “Alabama is our home, and we hope this cruel law will not be allowed to force us from it. We are fighting for our child and will continue fighting so that he and all transgender youth in Alabama remain able to receive appropriate medical care.”