A Japanese oil ship split into two after running aground and leaking tons of oil into the ocean in Mauritius. The MV Wakashio took off from China and was headed to Brazil but struck a coral reef on July 25 off the coast of Mauritius and began leaking oil. 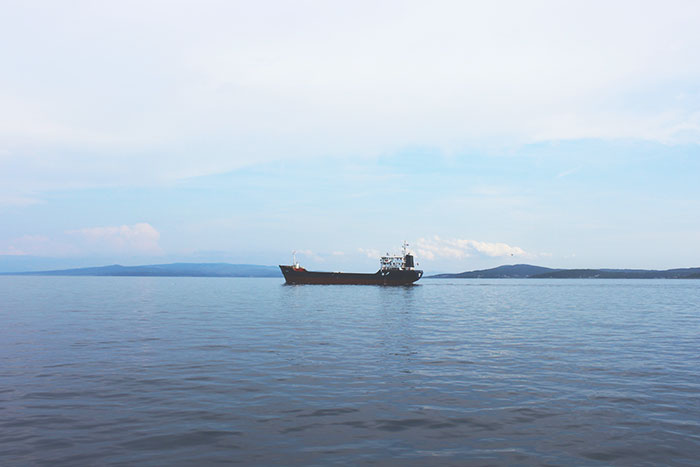 The ship had been carrying about 3,800 tons of Very Low Sulphur Fuel and 200 tons of diesel oil before the accident. The owner company, Mitsui OSK Lines, said about 1,180 tons of oil had leaked into the ocean close to protected marine parks in Mauritius, and about 460 tons had been scooped from the coast before environmental volunteers rushed to put up barriers to stop the oil from reaching inland.

Volunteers said they had moved oil from one of the three tankers on board the ship and were in the process of switching to the two remaining tankers when the hulk of the vessel broke into two and released the remnant into the waters. Japanese Minister of Environment, Shinjiro Koizumi, said a team of specialists will be sent to evaluate the extent of oil spill and damage in Mauritius.

The owner of the ship said they are investigating why the ship strayed from its course since it was supposed to stay at least 16 kilometers (10 miles) from shore. The Mauritius government has decided to claim compensation from the ship’s owner for the oil spill and the damage it has caused to the endangered species in the protected marine parks and mangrove forests.

“The people of Mauritius are holding their breath,” said Vassen Kauppaymuthoo, an oceanographer. “The image of Mauritius has been deeply impacted. When we look at those very sad images of oil sipping in one of the most pristine areas of the southeastern coast of Mauritius we feel very sad in Mauritius – and at the same time very angry about the situation and why it has occurred.”

Mauritius’ Minister of Environment, Kavy Ramano, said the country is in “environmental crisis” since the Indian Ocean island country is largely known as a tourist.

About 90 tons of oil, mostly sludge from the leakage, was still on board as at Saturday.