The warm, sunny weather is a time to come out and have some fun. Feel the grass in between your toes, enjoy the fresh air, and the smells of the flowers. Unfortunately, if you are a sufferer of hay fever, these are not good times. What about if you do not have hay fever? Is it possible to suddenly develop hay fever? Here are some things you should know about hay fever. 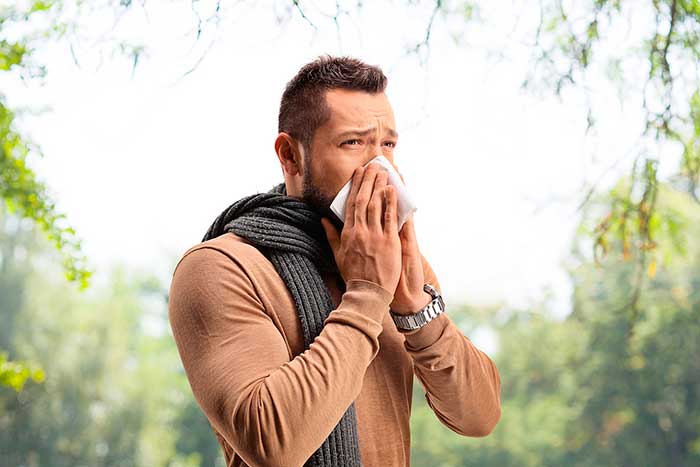 Hay fever or allergic rhinitis is an allergic response to allergens that can be found in the air. These allergens include pet dander, pollen, dust mites, and cleaning detergents. When your body comes into contact with these airborne allergens, it releases a chemical called histamines. The overproduction of the histamines to deal with these foreign bodies irritates and inflames the eyes, throat, and nasal passage, causing hay fever.

2. Is it possible to suddenly develop hay fever?

The simple answer to this question is: Yes! Contrary to what you may think, allergic reactions are not a medical condition you are born with or only seen in children. Allergic reactions, including hay fever, can happen to anyone over some time. It is quite common for adults to develop these reactions after several years. For example, you may be in your mid-50’s and never had a problem with keeping pets in the house. However, now it seems whenever you sit on the couch after your dog has been on it, you get a scratchy throat or start sneezing. This may be an indication that you are beginning to react! Although doctors do not have an answer yet as to why it could suddenly happen, statistics have shown that it is a phenomenon that is possible.

3. What are the symptoms of hay fever?

Here are some common indicators of hay fever:

In some extreme cases, hay fever symptoms may include difficulty breathing, temporary loss of smell and taste, and a tight feeling in the chest. If these symptoms are not addressed on time, it may lead to long-term complications.

4. How can you treat hay fever?

Although there is no cure for hay fever, there are various options to deal with the symptoms you may experience. Preventive measures such as not going out often during pollen season, keeping your pets outside the house as often as possible, not sitting or standing in the grass, vacuuming your house regularly, and cleaning surfaces with a damp cloth effectively deal with hay fever. You can also take some medications. Antihistamines such as Telfast help relieve you from symptoms such as an itchy throat or nose. You can also get nasal corticosteroids, nasal saline spray, decongestants, and nasal cromolyn.

Whenever you experience hay fever, especially for the first time, it is advisable to consult your doctor or pharmacist before purchasing any medications.

Herbalife’s Collagen Beauty Booster Scores Rave Reviews < Previous
Turns Out Nursing Isn’t for You? 7 Other Jobs You Can Apply Your BSN to Next >