How Increasing Interest Rates In Australia Could Affect The Stock Market

With inflation tightening its grip worldwide due to a myriad of issues including supply chain disruptions and ongoing overseas conflicts, it begs the question of ‘How will Australia’s stock market fare with the current state of rising interest rates?’. The United States has seen its biggest rise in inflation in 40 years and folks there are worried that the Federal Reserve won’t be able to get a stranglehold on it without causing another mass recession. This will of course mean bad news for other countries who are entangled with their economy one way or the other. 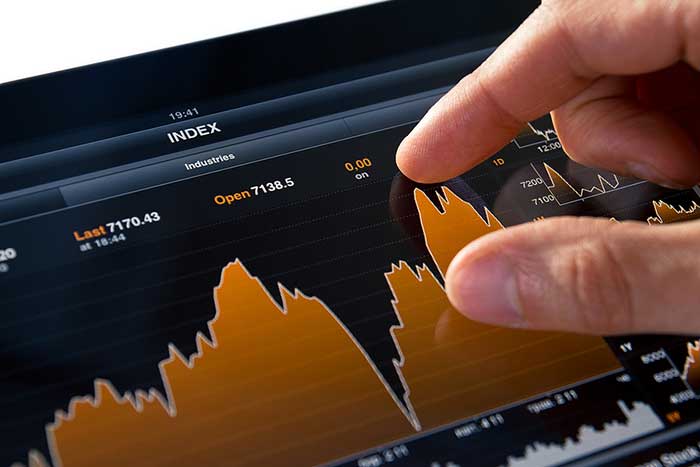 The US dollar is essentially the driving force of the world’s economy so anything that derails the value can have consequences for a whole lot of other countries that have a stake in the international stock market. Rising interest rates in Australia are bound to have some interesting effects, as they try to deal with increasing demand, capacity restraints in a few of the sectors as well as natural occurrences such as fires and floods which put a strain on the local economy and eventually drive up prices of commodities that are sorely needed.

Inflation is mainly caused by increased demand for a product, commodity, or specific skill which, in turn, drives up the price of a said item based on how much is needed. When there are issues such as natural disasters or there is a shortage of a certain commodity, people will be more willing to pay a higher price for something that they need, compared to what they would usually pay. While this is the way that certain items and services increase in value over the years, it also has the potential to cause other things to lose their value as well. If you look throughout history, inflation is an inevitable fact of life. For a basic example, if an apple costs one dollar and a loaf of bread also cost one dollar, but then what becomes scarce due to a drought or a flood, then the value of bread will go up along with the price of the apple. In this case, one dollar is no longer worth one dollar but perhaps two or three dollars.

If you were to buy Australian shares it would be better to do it sooner rather than later unless you want to wait and see how the impacts of rising interest rates pan out. Some Australian companies’ shares are as cheap as they’ve ever been with a lot of businesses ready to bounce back sooner rather than later. Some sectors made incredible gains in recent years while others struggled to hold on. The energy sector, as well as healthcare and financial sectors, may do well during this time, but unfortunately, real estate and tech ventures might also be something to avoid at the moment. This is not to say it is known they won’t perform but simply that these sectors have a higher chance of being impacted by increased interest rates.

As an investor should know, the stock market is always volatile, but given the downfalls of stock markets around the world in the past 15 years or so, it is somewhat easier to see what can survive and what entities can’t. There are always going to be certain aspects of society that will be needed, so it is important to keep this in mind if you are thinking long-term. The worst thing you can do is panic and pull out of something which may be on the cusp of bouncing back to fruition.

Remember to keep a keen eye on what you have invested in and make changes if you need to. It is always a good idea to have a competent financial broker or advisor to help you with the advice you need to make informed decisions about where your money should be allocated. It’s a hard game and something that might be considered worthless today might be lucrative in a few months or years from now. That being said, the opposite can be true as well. So tread carefully, try to stick to your plan as best you can, and at the very least hope for the best. If you have your strategy in place, it will be easier to get out of an unforeseen circumstance.

If you have an investment portfolio then it should be obvious to you by now that diversifying your assets is the key to getting through a slump in market growth. The more you keep your assets diversified the better you can not only gauge the situation but safeguard your portfolio and learn from past examples in the case of another future problem that will affect your investments. Australia has always fared pretty well through global crises’ and there is no reason to think that the current rising interest rates will be any different.

Are There Writing Services That I Can Use to Get Help with My Essay? < Previous
Amazon May Not Acquire Electronic Arts after All as Earlier Speculated Next >
Social Connection
Latest News