An armed man who tried to breach security at the FBI office in Cincinnati, Ohio, has been killed by officers after a 6-hour standoff with police. The suspect, whom several sources identified as Ricky Walter Shiffer, was decked in body armor and attempted to breach the security area of the FBI facility on Thursday morning. 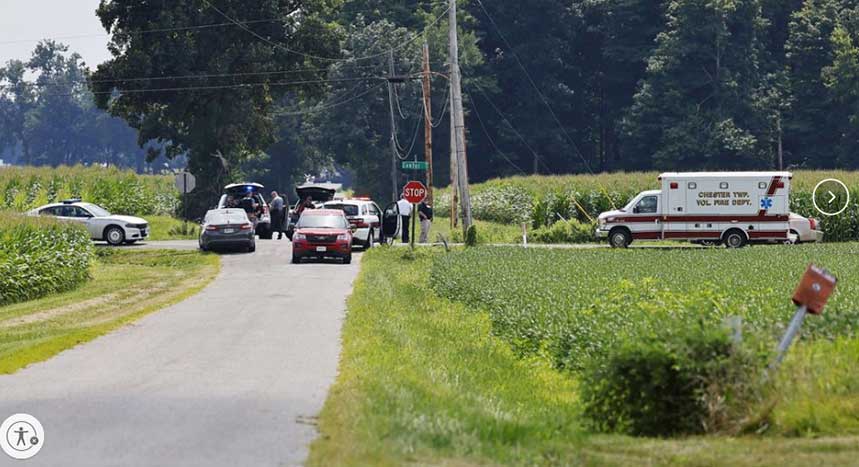 When confronted by officers, Shiffer allegedly fled and officers gave a chase as he ran to Interstate 71. A spokesman for the Ohio State Highway Patrol, Lt. Nathan Dennis, said Shiffer fled in his Ford Crown Victoria vehicle and exited at Route 73 before turning into Smith Road in Warren County.

He then abandoned his vehicle near Van Trees Road in Clinton County and exchanged rapid gunfire with police officers who responded to the chase. The Clinton County Emergency Management Agency posted an alert warning residents within a 1-mile radius of the area to remain indoors and lock their doors from inside.

After a nearly six hours standoff, Shiffer was reportedly gunned down by law enforcement. A source said he was carrying a nail gun and an AR-15-style rifle. In the last few days, the FBI warned that since it executed a search of former President Donald Trump’s Mar-a-Lago estate in Florida, there has been an increase in online threats against officers.

Users of Gab, a social media site where white supremacists and antisemites usually rant their dissensions, warned that they would target federal officers in an armed revolution. FBI Director Christopher Wray warned extremists on Wednesday in Omaha, Nebraska, that “violence against law enforcement is not the answer, no matter who you’re upset with.”

The FBI also warned agents to not display their security key cards in areas outside FBI spaces, given the rising online threats against bureau personnel and facilities. The federal security agency also warned agents to avoid protesters and to be wary of their surroundings, since there has been an uptick in threats against FBI investigative activities.