Ground-penetrating radar has led to the discovery of a spectacular Viking burial site buried under the ground. The burial site which archaeologists discovered in Norway dates more than 1,000 years ago, according to the researchers.  The scientists were able to identify a feast hall, a religious house, a farmhouse, and what is left of a ship. 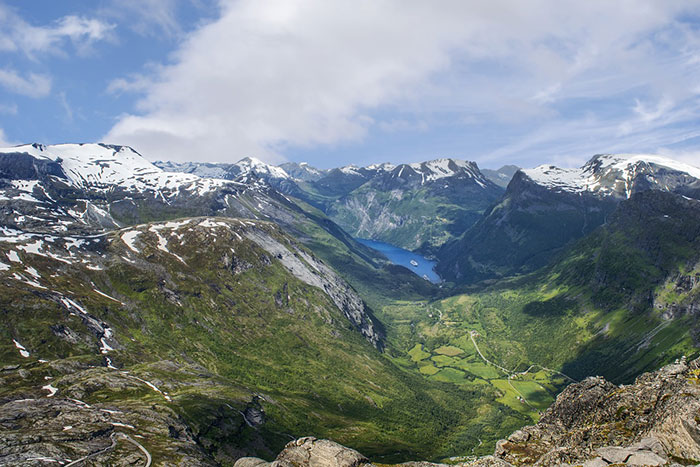 The researchers published their findings on Wednesday in Antiquity, a journal that details the discoveries of archaeologists. The Norwegian burial site was discovered in Gjellestad, a city in Milde, Norway. The city houses Jell Mound, which the Norwegian Institute for Cultural Heritage Research described as a large Iron Age funerary mound in Scandinavia.

The GRP ground-penetrating radar was used at the burial site which is under the Earth’s surface and the scientists did not have to dig the ground. The search for vintage Viking burial sites started in 2017 when researchers started looking for search burial sites that were at risk of being disturbed by construction projects

The archaeologists that made the finding have described the burial site as “high-status” as a result of the things of value that were found at the site. The researchers found copper brooches, rings, silver coins, and a gold pendant. These items signify that a rich and powerful Viking had been buried at the site, CBS News writes.

The surprised archaeologists also found a 62-feet longboat. Vikings used boats when burying powerful Vikings to grant them a safe journey into the hereafter. Lars Gustavsen, the lead author of the study explained that only prominent members of that community during the Iron Age must have been buried at the site.

The archaeologists described the people whose remains lay underneath the Earth at the burial site as possible movers and shakers of the economic and political sector of their community during their time. The ship which is buried about 4.6 feet underneath the Earth, is considered to be very big and unique. Along with the ship, the archaeologist discovered 13 burial mounds at the site.

Jell Mound which is also in the same city was most likely used as a funerary mound for centuries starting from as early as the 5th century AD, over 1,500 years ago. That era is an important one in the history of Vikings as it was the period in which Vikings rose and took over after the Western Roman Empire collapsed.

“Our initial observation suggests that this site was originally used as an ordinary mound cemetery what was later reserved for prominent members of the society, as a result of the monuments in the site, the buildings surrounding it and the ship,” the study stated.

The archaeologists are currently working on excavating the contents of the site, including the centuries-old ship. This will be the first time in a hundred years that such a vintage Viking burial site will be excavated in almost a century.

Why Is Boating Becoming So Popular? < Previous
Are These Digital Marketing Mistakes Holding Your Biz Back? Next >