Home » Headlines » Technology » Google Nest: A Downside to the Internet of Things

Google Nest: A Downside to the Internet of Things

Nest recently revealed that the alphabet-owned will be disabling the Revolv smart home hub on May 15, which means that everyone who acquires it just lost $300 on this now-worthless device.

Why does Nest is disabling Revolv when they promised a “lifetime subscriptions” to their buyers? Seems that Works is getting too good along with Nest, which means just a “goodbye” to Revolv. Nest hasn’t indicated if they will provide a replacement for all Revolv owners – or at least refund those $300 –. Nest tweeted past April 5

Nest hasn’t indicated if they will provide a replacement for all Revolv owners – or at least refund those $300. Nest tweeted past April 5 that they will continue working with their customers on a case-by-case basis that might come up with the best resolutions that also may include compensation about it.

A spokesman from Nest stated that the company will stand on the matter though it might remind ambiguous whether customers might get a full amount refund of the “smart house home hub” in terms of compensation – at least that was a smart play.

This move where Nest will unplug Revolv might cause that even more customers start losing interest in the so-called “internet of things” because customers wouldn’t be too interested in losing $300 on a device that will become useless as a second belly button after 18 months of having it. 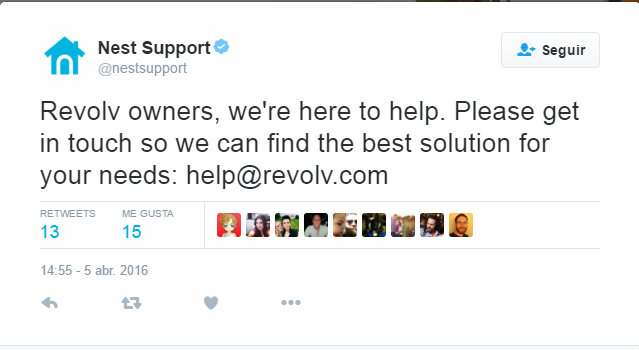 What will happen with older products?

If these happened on new gadgets what will happen to old ones? One of Nest spokesman stated that the oldest products back from 2011 will still receive software update that will provide “a bit of comfort” from Nest as some form of commitment to the product. But which products will receive these commitments? Customers should be attentive on spending hundreds of dollars on smart home devices.

When Nest acquired Revolv in 2014 for the amount of $2.5 Billion – a really huge amount for a device that will stop working on a few months –, where they stated that Revolv will be discontinued so the team will focus on Works to work on Nest program. Eventually, the Revolv will stay active, but in February the company said to their customers that the device will stop functioning by May 15th.