A French scientist, Etienne Klein, has apologized on Twitter after a prank got some people angry. The director of France’s Alternative Energies and Atomic Energy Commission posted the photo of chorizo – a spicy Spanish pork sausage – which looked very much like a distant star, and claimed it was the photo of Proxima Centauri newly taken by NASA’s James Webb Space Telescope (JWST). 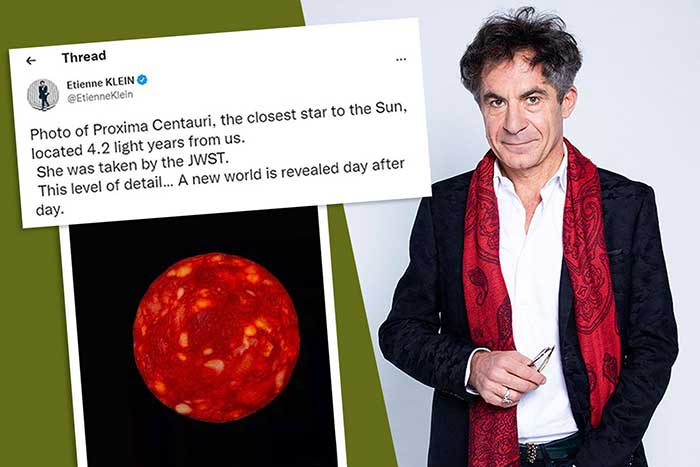 “Photo of Proxima Centauri, the closest star to the Sun, located 4.2 light years from us,” Klein tweeted on July 31. “She was taken by the JWST. This level of detail. A new world is revealed day after day.”

The purported JWST photo of the closest star to the Sun amassed 19,000 likes and generated 3,000 retweets in a few hours. But when it became obvious that people were taking the image too seriously, Klein came back to Twitter to reveal it was not a genuine JWST photo of Proxima Centauri but actually of a type of tasty sausage.

“Well, when it’s time for the apéritif, cognitive biases seem to have a field day,” he wrote in the follow-up tweet. “Beware, then, of them. According to contemporary cosmology, no object belonging to Spanish charcuterie exists anywhere but on Earth.”

But since some people would not take kindly to the post and the subsequent clarification, Klein revealed the next day and cautioned that things are not always what they seem at first glance.

“In view of some comments, I feel compelled to clarify that this tweet showing an alleged snapshot of Proxima Centauri was a form of amusement,” he tweeted again. “Let us learn to be wary of arguments from authority as much as of the spontaneous eloquence of certain images.”

When people on Twitter would not take kindly to the prank, the physicist apologized directly for his amusement, saying “I come to present my apologies to those whom my hoax, which had nothing original about it, may have shocked.”

The JWST was launched by NASA in December 2021 and cost $10 billion, the costliest and largest, and most powerful space telescope ever constructed and launched into space.