The first set of civilians is blasting off to space aboard the SpaceX aircraft Inspiration4 on September 15. SpaceX announced that the civilian space tourists will blast off on September 15 and if the weather does not permit, on September 16. The four civilians are Mission Commander Jared Isaacman, Mission Pilot Dr. Sian Proctor, Medical Officer Hayley Arceneaux, and Mission Specialist Chris Sembroski. 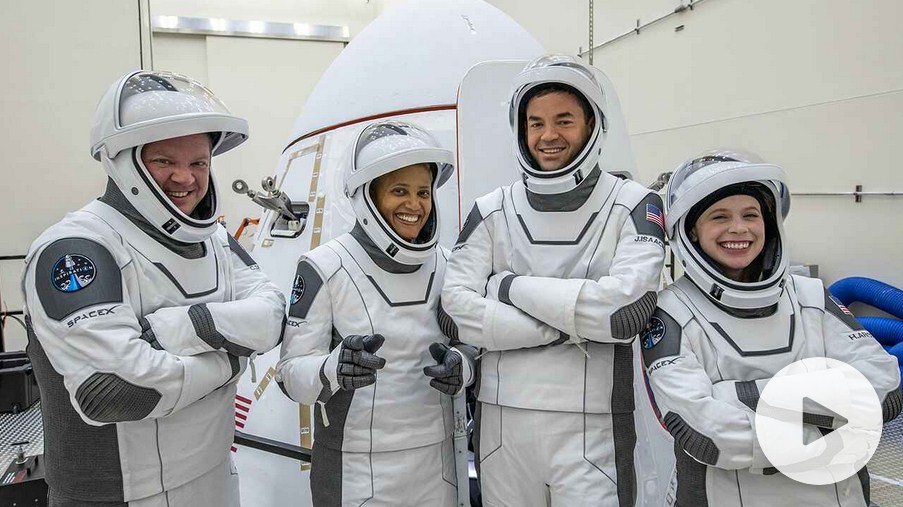 The Inspiration4 crew will launch aboard SpaceX’s Falcon 9 rocket and Dragon capsule from the Launch Complex 39A at NASA’s Kennedy Space Center in Florida. SpaceX said the launch date was chosen after the crew and other space teams agreed that everything was ready for the takeoff.

“Teams from SpaceX and Inspiration4 met yesterday at SpaceX’s headquarters in Hawthorne, California to evaluate the readiness of the Falcon 9 rocket, Dragon spacecraft, ground systems, recovery assets, crew training, and other key elements of SpaceX’s human spaceflight system for Inspiration4 — the historic first all-civilian human spaceflight mission to orbit,” SpaceX wrote. “Upon conclusion of the Flight Readiness Review, teams are proceeding toward a targeted launch.”

Before the approval of the crew, the four civilians had spent six months training for the flight. They had been trained to understand the operations of the Dragon spacecraft and experienced simulations that exist in space so that their bodies are accustomed to atmospheric conditions in space. They also engaged in centrifuge training in zero-gravity to experience space conditions.

The Inspiration4 spacecraft will orbit the Earth for three days with the crew of two men and two women observing space and carrying out some scientific research. They will be monitored by the aerospace mission control as they orbit the Earth every 90 minutes along a given path before they re-enter our world and come down on the sea in Florida.

Inspiration4 mission commander Isaacman expressed joy at the approaching flight, saying the success of the mission will make way for thousands of other people to visit space in the coming years.

“The crew of Inspiration4 is eager to use our mission to help make a better future for those who will launch in the years and decades to come,” Jared Isaacman said. “In all of human history, fewer than 600 humans have reached space. We are proud that our flight will help influence all those who will travel after us and look forward to seeing how this mission will help shape the beginning of a new era for space exploration.”

Isaacman is the founder and CEO of Shift4 payments and an experienced jet pilot. He also co-founded Draken International, the largest private air force that trains pilots. Proctor is also a trained pilot and an entrepreneur. Arceneaux is a physician assistant at St. Jude Children’s Research Hospital, and Sembroski works at Lockheed Martin and was a former officer of the United States Air Force.