The US Food and Drug Administration (FDA) has approved a drug made from human poop to treat a critical type of diarrheal infection. The new drug, Rebyota, is produced from a blend of human poop donated by screened donors, saline, and laxative solution; and is manufactured by Switzerland-based Ferring Pharmaceuticals. 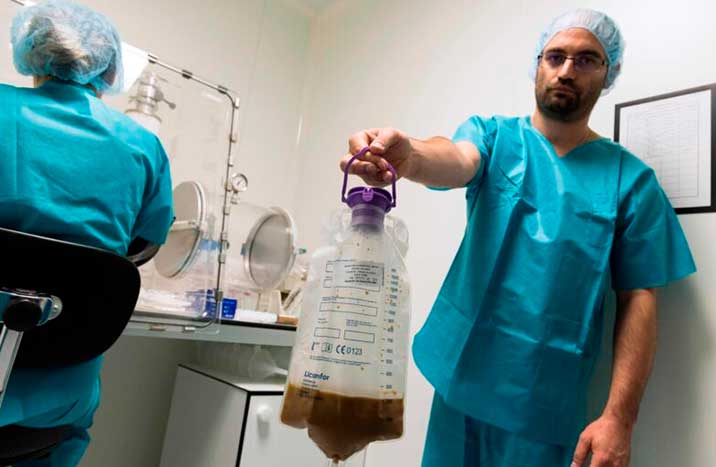 Rebyota is administered as an enema – inserted through the anus – as a single-dose treatment. The capsule contains concentrations of 10 million live organisms of gut microbes per milliliter. The drug was approved for the treatment of Clostridioides difficile (C. difficile) which is a serious form of diarrheal infection caused by inflammation of microbiomes in the colon.

According to health experts, C. difficile is more common in hospitalized patients, aged folks, and people with compromised immunity. It can recur several times over in some vulnerable patients and is associated with up to 30,000 deaths per year in the United States. It can often be life-threatening and cause organ failure when the C. difficile bacteria become uncontrollable in the intestines.

After the Phase 3 trial in which 262 participants were recruited, Ferring’s scientists said the success rate with Rebyota was 70.6% compared to the 57.5% recorded in a placebo group. The manufacturer said Rebyota was effective at treating C. difficile infection for up to eight weeks after administration. Common side effects such as gas, nausea, and abdominal bloating were reported in some people but were generally considered safe and effective by the FDA.

Rebyota is the first fecal-based microbial treatment to ever be approved by the FDA. The drug uses the diverse microbes in donors’ intestines and stools to restore the balance of C. difficile infection in given patients. Before now, drugs made from human feces have been used to treat obesity and irritable bowel syndrome with mixed results.

“We believe this is a major breakthrough in harnessing the power of the human microbiome to address significant unmet medical needs,” Falk said. “This is the first FDA approval of a live biotherapeutic and the culmination of decades of research and clinical development. Today’s announcement is not just a milestone for people living with recurrent C. difficile infection, but also represents a significant step that holds the promise that many other diseases might be better understood, diagnosed, prevented, and treated using our rapidly evolving insights on the role of the microbiome in human health and disease.”