The FBI has narrowed their search over the persons responsible for the death of Capitol Police Officer Brian Sicknick death to only one individual. The unnamed suspect reportedly used bear spray on Sicknick and other Capitol police officers when almost a thousand mob supporting former President Donald Trump stormed the Capitol on January 6 to disrupt the Congress’ plan to accept the votes of the Electoral College. 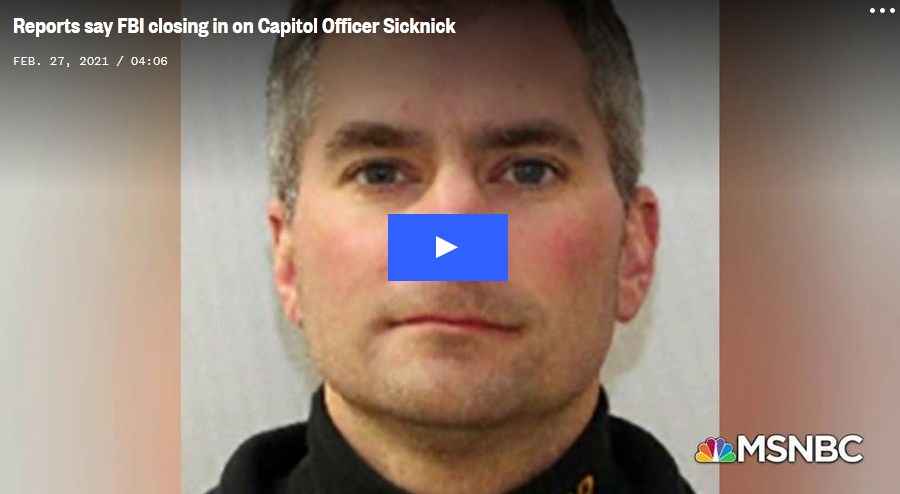 Forty-two-year-old Sicknick physically engaged the protesters who stormed the Capitol on a fateful day and later went back to his office where he slumped. He was rushed to the hospital but died on January 7. A lying in state was done for him at the Capitol’s Rotunda which was attended by House Speaker Nancy Pelosi, President Joe Biden and wife Jill, and several other top government officials. His body was later interred at Arlington National Cemetery.

While investigators first believed that Sicknick was hit with a fire extinguisher, the Capitol Police have jettisoned that idea after reviewing several video footage of how police officers interacted with the protesters. A man was seen spraying what appeared to be a bear spray at police officers and investigators believe Sicknick may have inhaled this before collapsing later in his office.

In fact, Mitt Romney credited Capitol Police Officer Eugene Goodman with saving him from the invading mob, adding that the policeman piloted him away from the protesters even as he stated that he was feeling nauseous from having to breathe a lot of bear spray and tear gas.

The Capitol Police however released a statement saying the toxicology results of Sicknick’s death will soon be ready and that the public should desist from speculating on the cause of the officer’s death.

“We are awaiting toxicology results and continue to work with other government agencies regarding the death investigation,” the Capitol Police wrote. “Officer Sicknick’s family has asked for privacy during this difficult time and that the spreading of misinformation stop regarding the cause of his death. The Department and the Sicknick family appreciate the outpouring of support for our fallen officer.”

While investigators have zeroed in on a single suspect who is being considered Sicknick’s assailant, they are yet to identify his name and other personal details. They however said they are on the trail of the man and that he will be apprehended soon. They are reviewing lots of videos and photos to establish the exact time he suffered an attack during the protest so as to build a federal murder case against the attacker.

Sicknick was a member of the New Jersey Air National Guard before joining Capitol Police in 2008. Almost 130 police officers were injured when the protesters attacked the Capitol and more than 15 officers were hospitalized because of their injuries. Six, including Sicknick, died as a result of injuries sustained in the attack.