Many people with mental health diagnoses find it hard to access the assistance they sorely need. Stigma plays a huge role in this; the public perception of mental illness continues to be riddled with inaccuracies and sensationalism. This often leads some of them to turn to alcohol or illicit substances to help them cope with symptoms. 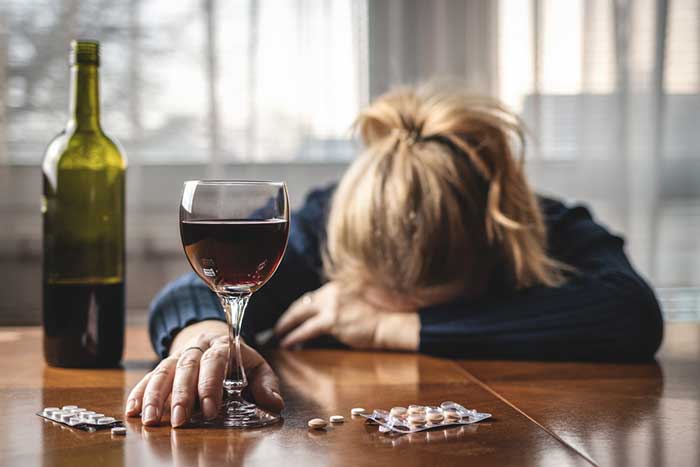 Unfortunately, this is a typical scenario today. If you or someone you know has a dual diagnosis, please take the time to learn more about the condition and what options you have.

What Is A Co-Occurring Disorder?

Data from the United States showed that about 7.7 million adults suffer from co-occurring disorders, and only 9.1% get treatment for both.

What Is Substance Use Disorder?

It’s a condition wherein a person’s regular use of substances affects their health, relationships, career, school performance, and family. The most severe form of substance abuse is addiction disorder.

Substances like stimulants, painkillers, alcohol, tobacco, and certain over-the-counter drugs taken in excess alter the composition of the brain’s neurotransmitters. These create feelings of euphoria and satisfaction that are only temporary.

Some persons with mental health diagnoses resort to taking these substances for that reason. They rely on them to dampen the effects of their condition, like quelling bouts of mania or maintaining focus at work or college.

As their use progresses, they find it challenging to function without them. At this point, the substances have already damaged their brain’s dopamine and serotonin receptors, making it more difficult for them to continue living independently.

The Most Common Co-Occurring Disorders

Here is a list of the common mental health diagnoses that coincide with substance abuse:

A person with bipolar disorder often swings between episodes of high and low moments. These affect their ability to think clearly and make sound judgments in particular situations.

Many turn to substances in the hopes of counteracting these bouts of high or low energy. They usually do this to curb any risky behaviors that accompany these episodes, like binging or self-isolation. As a result, some patients with bipolar disorder may also suffer from a higher risk of multiple sclerosis and stroke in later years.

Most symptoms of bipolar disorder manifest during the teenage years the to early 20s. Early intervention is critical to prevent reliance on substances.

Post-traumatic stress disorder (PTSD) is a mental health condition caused by a terrifying, life-altering event a person may have witnessed or experienced first-hand.

A traumatic event like witnessing death, a catastrophe like war or calamity, physical, emotional, and sexual abuse, miscarriage, displacement, and even public humiliation can all lead to PTSD. The symptoms may range from severe anxiety to flashbacks, nightmares, and uncontrollable thoughts.

For some patients, the consumption of illicit substances provides relief from these symptoms. As tolerance or dependence builds, they sink deeper into this behavior to worsen results.

This mental health condition gets equated with typical feelings of grief and sadness. It doesn’t help that this illness gets the most amount of sensationalism and romanticization.

While depression does manifest as prolonged sadness, it also comes with symptoms like drastic changes in eating and sleeping routines, fatigue, irritability, loss of enthusiasm for daily living activities, persistent feelings of guilt, and body aches. In worse cases, it can lead to suicide ideation.

Substance abuse serves as a way for some patients of depression to overcome these symptoms by dulling them with feelings of relaxation or euphoria. But the inevitable crashes that follow usually make things worse.

Schizophrenia is a chronic brain disorder wherein a person’s perception of reality is impaired. The condition impedes their ability to think, solve problems, and make decisions or judgments. But the most serious symptoms of this condition are hallucinations and delusions.

Hallucinations come in different forms, such as visual, auditory, tactile, and even olfactory. These are usually distracting or impulsive in nature, and often get worse when the person feels exhausted or stressed.

On the other hand, delusions are urgently held or defined beliefs that contradict reality. Schizophrenia patients may assume that they are being pursued or under attack by some unseen organization or force. Others may experience overblown feelings of grandeur.

These symptoms often feed into each other, resulting in an environment that makes patients feel isolated or permanently in danger. Some run the risk of taking desperate actions that may be harmful to others or themselves.

Substance abuse ends up being a stopgap measure to keep them out of this state. Unfortunately, the craving cycles that come with this behavior may only worsen symptoms.

This is a catch-all term for a variety of psychological conditions that cause unhealthy eating habits. There’s no single cause for ED, though genetics, biology, environmental stress, and most of all, social pressures all play a role.

The most common EDs include:

Some people may develop an eating disorder in response to trauma. Though, in most cases (especially for teenagers), stigma over body image is to blame. These often lead some patients to take drugs to reduce their appetite or lose weight faster. This creates a vicious cycle of intense self-monitoring and shame that results in drastic physical issues like kidney failure, rapid tooth decay, and heart disease.

It’s good to know there are places that provide sustainable treatment and support for these issues. Facilities like Jackson House have helped many people recover from substance abuse while maintaining care regimens for their mental health diagnosis. They specialize in individualized treatment to reach you where you are and provide the level of assistance you deserve.

Still, some people with co-occurring disorders find it hard to get treated due to the following reasons:

In treating this condition, it would be best to go to a specialist that will provide an integrated treatment plan rather than go to two different doctors whose approach to treatment may not blend well successfully. Also, these specialists are more likely to coordinate with care workers to aid you in sustaining treatment despite your current circumstances.

Of course, they can. A co-occurring disorder is a complex problem that’s difficult to handle on your own. But both medicine and social care have advanced in ways that give patients of such disorders more options for treatment and support. Never be afraid to reach out to care, or groups, if you or someone you know are dealing with a dual diagnosis. You deserve to live your best life beyond judgment and self-sabotage. The earlier you start your recovery journey, the better.