Did Matt Gaetz Pay Women for Sex? Department of Justice Seeks to Find Out

The Department of Justice (DOJ) is currently seeking to determine if Florida Rep. Matt Gaetz, paid several women to have sex with him and his friends over a period of time. The FBI is also interested in Gaetz as a part of a wider investigation into the illicit activities of his friend, Joel Greenberg, a former Florida county tax collector who is charged with brokering the sex-for-money deals with women on Gaetz’s behalf. 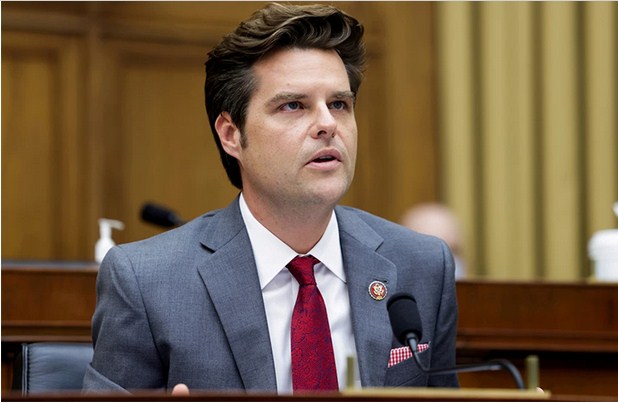 Greenberg, who was indicted last year on several counts that border on sex trafficking and creation of fake identification cards as well as bribing a government official to obtain pandemic palliatives, faces a long time in prison if finally convicted of these charges. Greenberg said he is not guilty of charges against him and was granted bail, but he got sent to jail in March after he flouted the conditions of his bail. He is billed to go on trial again in June.

Greenberg is said to use high-profile dating websites to recruit women for sex in exchange for cash, expensive gifts, and travel opportunities. He got women for Gaetz, 38, and he and his friends also slept with the women. He and Gaetz and their friends booked hotels in Florida to sleep with the women, and one of them included a 17-year-old girl who even boasted of the escapades to her friends, NY Post reports.

On some occasions, Gaetz reportedly told the women to also invite their friends for sexual adventures for money, and he and his friends allegedly took Ecstasy and other hallucinogenic drugs before having sex with the women. During the online recruitment, Greenberg and Gaetz often told the women up front how much they were willing to pay and the hotels to hook up at. New York Times said they reviewed payment receipts from CashApp and Apple Pay that the duo used to pay their women for sex.

Although no charges have been filed against Gaetz yet, his office denied his involvement in any payment-for-sex escapades. According to his office, he will be marrying very soon and could never be involved in all he is being accused of.

Gaetz himself blamed his distractors for trying to tarnish his reputation for being so nice to his ex-girlfriends.

“I only know that it has to do with women,” Gaetz said. “I have a suspicion that someone is trying to recategorize my generosity to ex-girlfriends as something more untoward.”

Matthew Bussard Answers 10 The Most Common Medicare Questions < Previous
FedEx, Nike and Over 55 Corporations Failed to Pay Taxes in Three Years Next >