A cruise ship, Crystal Symphony, diverted to the Bahamas instead of docking in Miami at the weekend after two weeks in the Caribbean. With about 300 passengers and 400 crew members, the ship made the diversion to evade US Marshals who were waiting with an arrest warrant for the ship. Owned by Crystal Cruises, the ship owed $1.2 million unpaid fuel bills, Fox News reports. 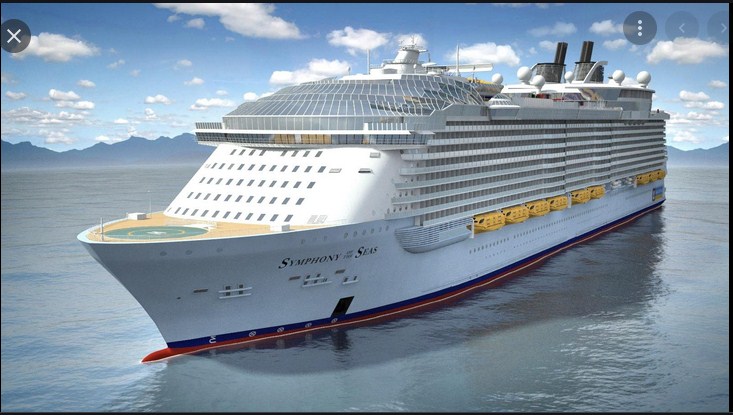 Peninsula Petroleum Far East filed a lawsuit against Genting Hong Kong Ltd. which owned Crystal Symphony and Star Cruises, both cruise ships owed a total of $4.6 million for bunker fuel. A federal judge in Miami issued the arrest warrant, and a US Marshal was waiting to take over Crystal Symphony once it entered US waters.

Some passengers said they believed they were being abducted when the ship headed to the Bahamas, where passengers stayed for one extra day. The ship docked at Bimini Island, from where passengers were ferried to Fort Lauderdale. A British musician, Elio Pace, who performed on the cruise ship, said many people tried to reschedule their flights when they arrived in the Bahamas, but they did not throw tantrums but took everything in stride.

Genting Hong Kong said the company lost $1.7 billion as a result of the lockdowns associated with the COVID-19 pandemic, and that it had pursued all reasonable means to negotiate with Peninsula Petroleum Far East on repaying the debt. To this extent, the president of Crystal Symphony, Jack Anderson, announced that the cruise ship will be shutting down operations till April.

“This was an extremely difficult decision but a prudent one given the current business environment and recent developments with our parent company, Genting Hong Kong,” Jack Anderson said.

Pace said crew members and cruise passengers were shocked when they heard that the cruise would shut down business till April. He said the customers expressed their sympathies, and that he felt pain for the crew members who would be out of work for some time.

“This was a shock to everybody when we got the announcement on Wednesday,” Pace disclosed. “For me, it’s a headache, but for the crew, for the staff, the brilliant staff of this gorgeous luxury liner, I feel more sorry for them. I’m put out, but they’ve lost their jobs for the foreseeable future.”