The world prepares itself for a conflict as North Korea continues its threats of destruction and missile testing. The country’s unpredictable and defiant behavior has led the major powers of the world to crack down on the “axis of evil.” The United States has led the movement for pressuring other countries to place crippling sanctions on North Korea in hopes of minimizing the possible threat. However, some countries are having a hard time ditching their friendly relations with the authoritative country.

The United States and international organizations have continued to increase their pressure on China to place stricter economic sanctions. While China has implemented some sanctions on North Korea, the numbers still show that China makes up about 90 percent of North Korea’s trading. This statistic shows that China is not exerting enough power and is still tied to North Korea.

It seems as if China believes that open dialogue with North Korea is the best way to achieve the goal of denuclearization in Asia. While President Trump has remarked that he is open to negotiations with the country, he is quick to add that there would be no easing of strict sanctions until the goal is accomplished. 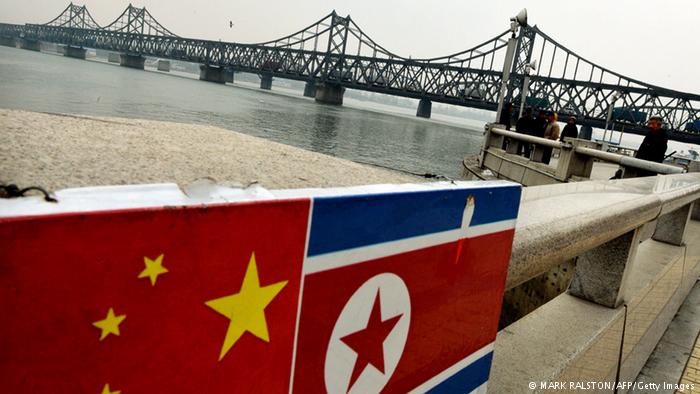 On Tuesday, China’s U.N. ambassador, Liu Jieyi, spoke about the need to open negotiations with North Korea, as the country’s nuclear and ballistic testing continues. Jieyi points out that in the history of these types of conflicts, dialogue was the plan of action that seemed to produce the best results.

“Meanwhile, we should also work to reduce tension, to de-escalate and also to try to achieve denuclearization through dialogue by political and diplomatic means,” he said. “Dialogue should take place because we can only resolve the issue through dialogue.”

Other major powers do not agree with Jieyi. The United States, along with Britain and France, explain that they will continue to push for higher sanctions for North Korea’s continued defiant behavior. Japan, South Korea and Russia have also showed their support for exerting more pressure on North Korea as a push to change their policy.

The Chinese government mentions that they have indeed taken economic sanctions against the country. For example, China has stopped buying North Korean coal, one of the country’s biggest exports. This most likely has dealt a slight blow to the country’s economy and accounts for a majority of their profits. However, other countries point out that this is simply not enough.

Ironically, new numbers show that China’s trade with North Korea has expanded. Besides coal, China has continued to buy a number of items from North Korea. Seafood, clothing, iron ore, zinc and other minerals are still being bought. In fact, North Korean imports to China are up more than 200 percent.

It is safe to say that China’s economic sanctions on North Korea are not tough enough, actually almost pathetic. North Korea shows no sign of complying with the world’s demands and continues its testing and building of its nuclear program. The United States and other countries continue to show their force. For example, during North Korea’s last major testing, President Trump sent a Navy strike group to the region to show the country’s muscle. However, the president explains that tough Chinese sanctions are most likely the most effective way of getting North Korea to comply. After all, China is North Korea’s biggest economic backer. Without China exporting their products, the country’s economy would be in serious trouble.

The only issue is how to get China to implement these stricter sanctions. First, it would take getting the country to stop their friendly relations and bustling trade with the country. However, the two countries have a long history of relations.

North Korea and China act in concert, not just in the economic sphere but with regard to historical disputes. FOX News pointed out both countries’ efforts to overturn agreements entered into by Japan and South Korea at the end of 2015, and to fragment the trilateral relationship between U.S., South Korea and Japan. For a long time, the Korean peninsula was effectively under Chinese control. China did not think kindly of recent attempts by South Korea, which was once under its influence, to join the group of democracies. Looking to once again place Korea under its control, China is cooperating with North Korea with regard to intensifying its attacks, and is also sympathetic to domestic South Korean organizations which are favorable towards North Korea.

In addition, an incident occurred in February during the Asian Winter Games, held in Sapporo, Japan, where China refused to allow its athletes to stay at a certain hotel. This stemmed from complaints was that the hotel had placed a book in every room which denied the Nanking Massacre. China says that during this event, 300,000 Nanking residents were slaughtered by the former Japanese Army, but arguments are appearing which cast doubt on the authenticity of those survivors’ accounts and photographs, and view the event as nothing more than Chinese propaganda.

China says they want North Korea to stop their nuclear program, but have continued to deny imposing unilateral sanctions on the country without an UN mandate. However, China needs to realize that simply being concerned will have no affect on the issue. Until stricter sanctions are imposed, the tension will continue to build.

Some political experts point out the possible reasons for China’s resistance to impose stricter sanctions. While they seem committed to the denuclearization of Asia, the thought of North Korea’s collapse could frighten them. The collapse would mean a unification of the Korean Peninsula, creating a strong power with Seoul as the capital. A collapse of the North Korean government could also cause a huge influx of refugees into their country, which they want to avoid. There are many reasons that continue to influence China’s decisions. However, with this conflict coming to a dangerous turning point, something needs to be done. The time is coming for China to cut ties with North Korea, which has acted in concert with China in the economic sphere and on historical issues, and join hands with the international community. Tensions continue to build in the region and without stricter sanctions, the conflict could have disastrous consequences for Asia and the rest of the world.