Home » Headlines » U.S. » China Requested Russia to Hold Off Invading Ukraine until After the Olympics

A United States intelligence revealed that China asked Russia to postpone invading Ukraine until after the Beijing Olympics. The intel indicated that top Chinese officials requested Russia in early February to wait till the Winter Olympics was over before attacking Ukraine. 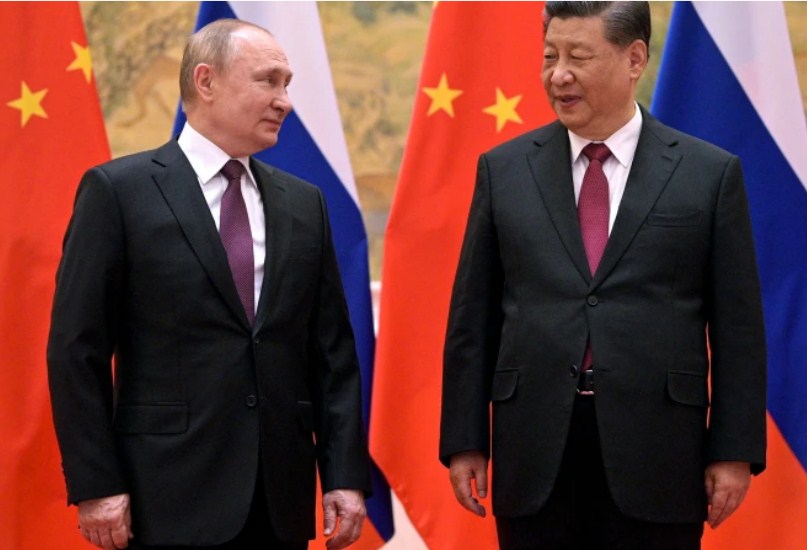 This was after the US government warned Beijing that Moscow would be infiltrating Ukraine – Washington allegedly gave this warning in the hopes that China would compel Russia to stand down.

After the Olympics ended and the closing ceremony was over, Russian President Vladimir Putin upped his aggression against Ukraine and invaded it four days later.

Putin had visited Beijing to attend the opening ceremony of the Winter Olympics and had private time with Chinese President Xi Jinping at the occasion. It is not known if Putin and Jinping discussed the invasion during their meeting.

An expert on China’s policies at the Center for Strategic and International Studies, Bonny Lin, expressed doubts that the two world leaders talked about the issue at the meeting.

“Given the evidence we have so far, I think we can’t rule out either possibility definitely – that Xi didn’t know (which is bad) and that Xi may have known (which is also bad),” Lin said.

The spokesman for the Chinese embassy in Washington, Liu Pengyu, dismissed the report as false and pointed out that the United States is only grabbing at straws and trying to smear his country.

“The claims mentioned in the relevant reports are speculations without any basis, and are intended to blame-shift and smear China,” Pengyu said.

When Putin and Jinping met in Beijing, both leaders had released a common statement condemning the US and NATO expansion as inflammatory. Meanwhile, Putin continues to point at NATO’s expansion as one of the major reasons for invading Ukraine. US intelligence had however revealed from Putin’s military buildup at the Ukrainian border that Russia would not attack Ukraine during the Olympics so as not to offend a key ally like China.

In 2008, China had taken offense when Russia invaded Georgia during the Summer Olympics in Beijing. And in 2014, Russia annexed Crimea while the winter games were ongoing in Sochi, Russia.

In their statement, Russia and China said their alliance is with “no limits”. Beijing however on Tuesday revealed that it will broker a ceasefire agreement between Ukraine and Moscow, but any efforts in this direction are yet to be seen.

Does Thinning Hair Come Back? < Previous
5 Main Reasons Why Employees are Not Engaged Next >
Social Connection
Latest News