The vegan company, Beyond Meat, sacked 200 employees on Friday after the company’s Chief Operating Officer Douglas Ramsey was suspended on September 20. Ramsey was suspended for fighting with a man and biting his nose after an Arkansas Razorbacks and Missouri State Bears football match. By this month, Ramsey’s suspension was converted into a termination, and he quietly exited. 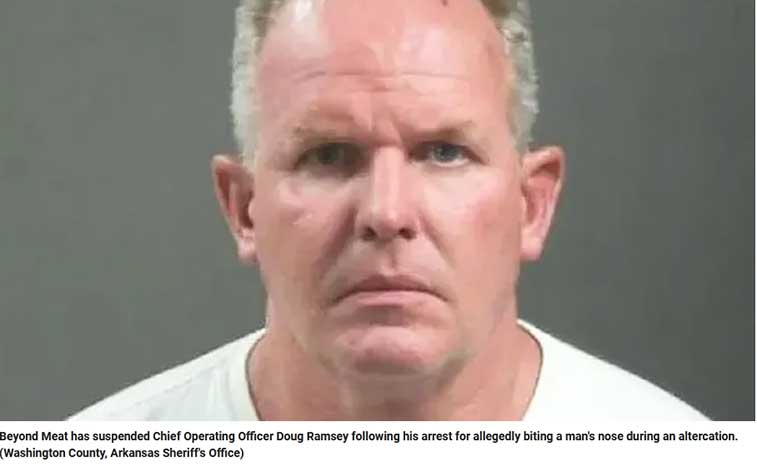 In the company’s regulatory filing on Friday, reports indicated that Ramsey had an altercation with the driver in a traffic lane. The driver of the other car inched ahead of Ramsey and the infuriated company executive got out of his Ford Bronco SUV and approached the other driver before punching him. When the driver got out, Ramsey reportedly bit his nose.

Ramsey who joined Beyond Meat in December 2021 now faces charges of third-degree battery and terroristic threatening.

The company’s senior vice president of operations, Jonathan Nelson, was first appointed in an acting capacity to manage Beyond Meat. But CEO Ethan Brown has confirmed Nelson’s full appointment as the new COO with an annual base salary of $355,000, according to a filing with the Securities and Exchange Commission (SEC).

Despite paying the new COO a huge base income, Beyond Meat sacked 200 employees, representing 20% of its global workforce, to cut operational costs. “This decision was based on cost-reduction initiatives intended to reduce operating expenses,” the SEC filing noted. Meanwhile, the company noted that its sale of plant-based meat is on the decline due to stiff competition and customers’ shift to cheaper alternative products.

“We believe our decision to reduce personnel and expenses throughout the company, including our leadership group, reflects an appropriate right-sizing of our organization given current economic conditions,” Ethan Brown said. “We remain confident in our ability to deliver on the long-term growth and impact expected from our global brand.”

Ramsey worked for about 30 years at Tyson Foods before joining Beyond Meat. Now Beyond Meat cites stiff competition from Tyson Foods and Kellogg among other food giants. Several executives departed from the company in the last few weeks when Beyond Meat announced job cuts in August.