Renewable energy’s become a popular topic due to diminishing resources and the threat of global warming. 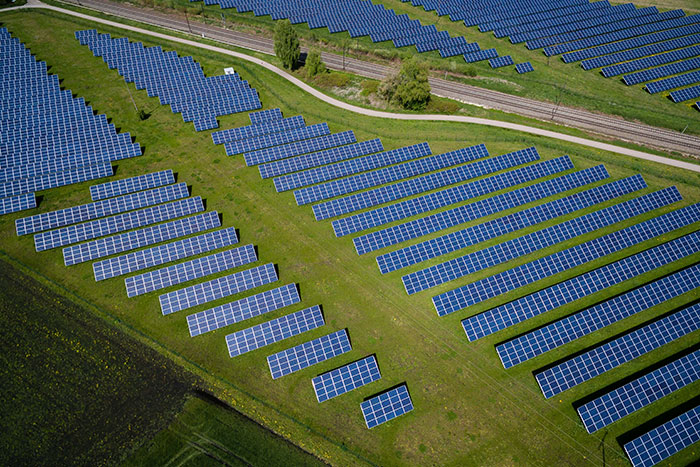 Learn about the types and benefits of renewable energy to discover the amazing changes occurring in science and technology to improve the environment.

What is Renewable Energy?

Renewable energy is collected from continuously resupplied and inexhaustible resources, including the sun, wind, and water. Advanced technology harnesses energy from these natural elements to convert it into usable electricity for homes and businesses.

Traditional forms of electricity, such as oil, coal, and natural gas, are finite, meaning the supply will diminish and eventually be nonexistent. Renewable energy offers a long-lasting resource essential for establishing a sustainable future.

According to the U.S. Energy Information Administration, renewable energy currently accounts for 11% of energy consumption and 17% of electricity generation in the U.S. Steadily, the percentage of usage is expected to increase, demonstrating the popularity and necessity of renewable energy.

Solar energy is harnessed by converting the sunlight’s energy into electricity. Solar power systems, generally solar panels, focus sunlight into a small beam to create electricity by directly using photovoltaics or indirectly using concentrated solar power. Implementing solar power is as easy as installing solar panels on your roof or property to immediately power your home using the sun’s energy.

Unfortunately, installing solar panels costs $10-15,000 on average, which is too expensive or unavailable for many residents. Community solar is a cost-effective and easily-accessible alternative that bypasses the pricey installation costs. Shared solar projects involve a group of people sharing electricity produced by numerous solar panels installed in the community and operated by a third party.

Wind energy is channeled by using wind to mechanically power wind turbines to turn electric generators and produce electricity. Accessing wind power involves building wind turbines, which require ample space and cost between $15-75,000 to build, depending on the size of the project. Wind turbines are typically funded by utility companies or homeowners and farmers with sufficient land.

Water energy, or hydropower, is achieved by harnessing the energy produced by falling or fast-running water with turbines. The majority of hydropower examples are large-scale government projects, e.g. the Hoover Dam. However, microhydropower systems are available to provide limited energy to homeowners.

Analyze the most common renewable energy resources to understand the available alternatives for powering your home or business.

Renewable energy offers a myriad of environmental and economic benefits.

Improve the environment by switching to renewable energy. Traditional electricity production emits carbon dioxide and other harmful gases into the atmosphere, leading to global warming. Choosing a greener energy provider combats global warming and results in a cleaner environment.

Assist the economy by selecting renewable energy resources. According to research completed by the Union of Concerned Scientists, more jobs on average are created for each unit of electricity generated from renewable sources than from fossil fuels due to the hands-on nature of installing and maintaining solar or wind power equipment. As opportunities continue to grow for implementing renewable energy, potential jobs increase to further stimulate and support the economy.

Renewable energy offers personal economic benefits as well. Because solar, wind, and hydropower are free to use, energy costs are significantly reduced after the installation process. A wide range of savings is accessible for residential, commercial, and industrial customers who use renewable energy, based on your location, system, and method.

Also, homeowners are able to potentially earn profits through renewable energy by increasing their property value. For example, a homeowner with solar panels is able to add an average of $20 to their home’s value for every dollar saved on electricity bills.

Renewable energy is a clean and sustainable alternative to traditional forms of electricity production.