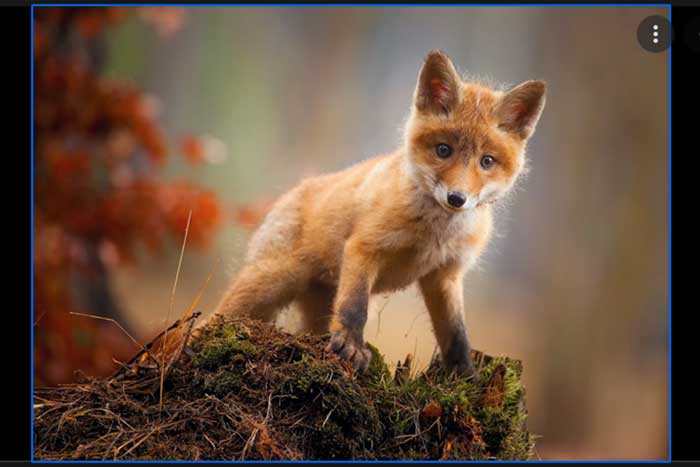 The Minnesota Department of Natural Resources revealed that a family found the baby fox and took it in with the hope of taking it for treatment at the wildlife sanctuary the next day, but it died overnight. The leader of the state’s wildlife health group, Michelle Carstensen, said the fox may have consumed a waterfowl or poultry bird infected with the flu.

“The most common would be from what it was feeding on, and since it is a scavenger species there are a plethora of available dead things for it…so, most likely a waterfowl carcass,” Carstensen said. “But it is possible that it could have been from a domestic poultry flock in the neighborhood. We’ve had a lot of raptor mortalities due to this. It is very possible it could have even been in a local henhouse.”

While the individual that handled the fox is being tested for bird flu, Carstensen said it is best for people to not touch sick or dead animals. She urged people to notify wildlife authorities if they come across a sick or deceased wild animal. She said the risk of bird flu to humans is high, given that a prison inmate who helped euthanize an infected poultry flock in Colorado tested positive for bird flu. He developed mild symptoms and has since recovered after treatment.

In the late 2000s, more than 60% of people who got infected with bird flu died, raising concerns that the virus is very deadly to humans. Scientists however revealed that the virus has undergone several mutations and is less deadly today than it was decades ago. Analysts said COVID-19 may have been transmitted from animals such as bats to humans after their consumption.

A state veterinarian in Minnesota, Dr. Joni Scheftel, said rabies is not the only disease that animals can transmit to humans. She said several diseases can jump from birds and animals to humans, and it is best to avoid contact with sick, injured, or dead wildlife. She advised people to notify health authorities if they get bitten by wildlife or handled an animal in any intimate manner.