The authorities in Indiana are full of praises for 22-year-old Elisha Dicken who shot and killed gunman Jonathan Douglas Sapirman, 20, on Sunday evening. Sapirman had shot three people to death and wounded others at a shopping mall in Greenwood, Indiana, and would have killed more when Dicken, who was an armed bystander, responded immediately, Reuters reports. 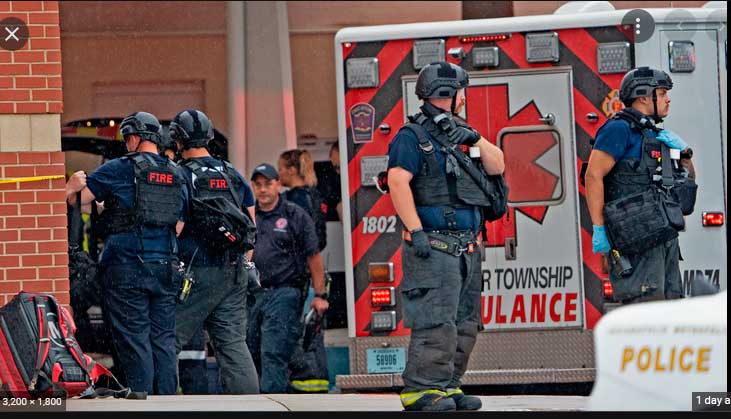 According to Greenwood Police Chief Jim Ison, Dicken killed Sapirman within two minutes after the latter opened fire at the mall. Sapirman’s victims were a couple aged 56 and 37, and a 30-year-old man. The two persons he injured are currently recuperating in hospital. Police found that Sapirman possessed two rifles, a handgun, several magazines of ammunition, and more than 100 rounds of bullets.

Ison said that Dicken, who has a legal permit to carry a concealed firearm, is a hero for responding to the mass shooting immediately after it started. Police have not been able to establish a motive for Sapirman’s action.

“Many more people would’ve died last night if not for a responsibly armed citizen that took action very quickly within the first two minutes of the shooting,” he said. “But I’m going to tell you, the real hero of the day is the city that was lawfully carrying a firearm in that food court and was able to stop this shooter almost as soon as he began.”

Some weeks back, Indiana Governor Eric Holcomb removed the need for anyone above age 18 to have a permit to carry a handgun. Following the incident, the National Rifle Association stated on social media that “We will say it again: The only way to stop a bad guy with a gun is a good guy with a gun.” Most gun rights advocates echo the same sentiments, giving rise to gun violence in the United States.

The New York Times said it is not common for an armed bystander to take on a public mass shooter. The newspaper said that 433 mass shootings occurred in the country from 2000 to 2021 and that only 22 armed bystanders responded and killed the shooters. Out of the 22, 10 were security guards or off-duty police officers. But in one unfortunate incident, the police mistook the “good guy” for the mass shooter and killed him in 2021 in Colorado.

The Gun Violence Archive said there have been 350 mass shootings in the United States this year alone.

“This person saved lives tonight,” Greenwood Mayor Mark Meyers said in a Facebook post after the incident. “On behalf of the City of Greenwood, I am grateful for his quick action and heroism in this situation. This tragedy hits at the core of our community. Please offer your prayers to the victims and our first responders.”

5 Tips to Improve Your GAMSAT Score for a Successful Medical School Application < Previous
Is it Possible to Make a Living out of Sports Betting? Next >
Social Connection
Latest News