Alaskan snow crabs will not be harvested this year due to overwhelming declining populations. According to the Alaska Board of Fisheries and the North Pacific Fishery Management Council, the population of snow crab in the Bering Sea dropped below expectation and the only way to make them recover is to cancel harvesting this year. 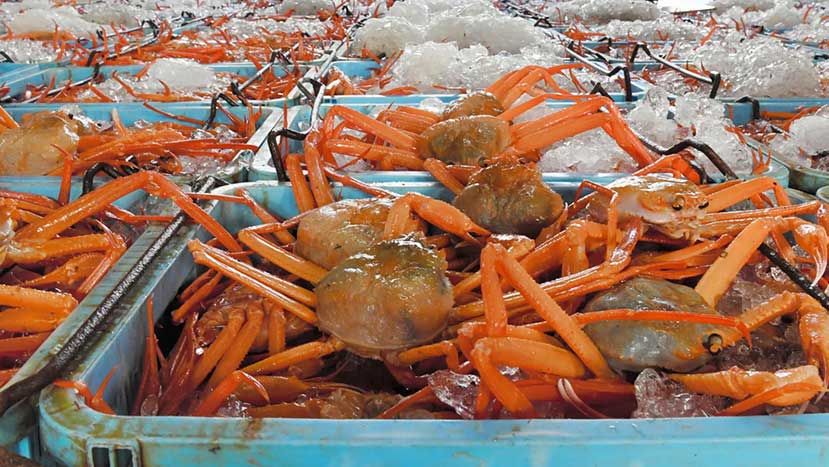 The Alaska Department of Fish and Game said harvesting of snow crab in the Bering Sea will be closed through the spring of 2023. While the authorities are investigating the exact causes of the dwindling population, officials believe that overfishing, high climatic temperatures, and other factors may be responsible for the dropping populations.

A survey by the National Oceanic and Atmospheric Administration Fisheries found that the 1 billion population of snow crabs in 2018 dropped to 1 billion in 2021. Benjamin Daly, a researcher with the Alaska Department of Fish and Game said there is no adult crabs available for harvest at this time, and that they must be allowed to rebound.

“Snow crab is by far the most abundant of all the Bering Sea crab species that is caught commercially,” Daly said. “So the shock and awe of many billions missing from the population is worth noting – and that includes all the females and babies.”

Researchers said adult male crabs declined by 40% between 2021 and 2022, and that about 45 million pounds of snow crabs are left in the entire Bering Sea. A biologist at Alaska Department of Fish and Game, Miranda Westphal, said the government is focused on investigating the remote causes of the population decline and growing back the population for commercial harvest.

“In 2018 and 2019, the Bering Sea saw record high temperatures,” Westphal said. “And snow crabs are an Arctic species, so they are really only able to inhabit the Bering Sea because we have a lot of northerly winds push Arctic water down into the Bering Sea shelf.” Their metabolic demands were increased because they were in warmer water, and many likely starved to death. They were also likely impacted by predators and disease.”

The NOAA stated that about 36 million pounds of snow crabs were harvested in 2020 by US fishers, and this amounted to more than $101.7 million. Given that crabbers will be out of business for more than one year, analysts said the crabbing industry will lose more than $1 billion in revenue.

“What the crab industry is facing is heartbreaking, and what’s worse is that it is unnecessary,” said Jamie Goen, executive director of the Alaska Bering Sea Crabbers. “It didn’t have to be this way. The crab will eventually bounce back and could do so sooner if the North Pacific Fishery Management Council had taken steps to protect the stock, as requested by the fishermen themselves.”