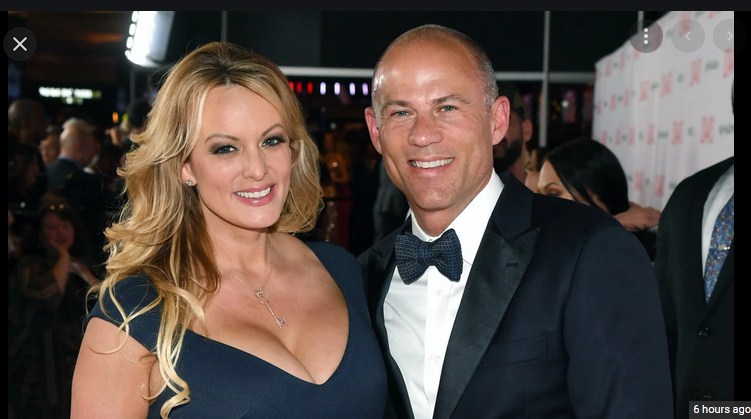 The attorney who represented himself in the case is scheduled for sentencing on May 24. But he said he is disappointed with his conviction and would appeal the jury’s decision. “I’m very disappointed in the jury’s verdict. I look forward to full adjudication of all of the issues on appeal,” he said. He submitted to Judge Jesse Furman that the 12-member jury was deadlocked and requested a mistrial, which the judge denied.

Daniels told the media on Friday that the jury ought to have dispensed with the trial and that prolonged deliberations would leave room for bias against her since she works in the adult film industry and believes in paranormal phenomena.

“Who cares what I believe in, who cares what my spirituality is, where I work, what I’ve done,” Daniels stated. “It basically is free license to commit crimes against us and get away with it, and that’s really terrifying. Theft is theft, forgery is a forgery – it really shouldn’t matter, it seemed pretty cut and dry.”

Judge Furman said he saw the media interview, but said there was no proof that any member of the jury saw it or was aware of it – and so the issue of bias may not arise. Daniels was in the crossfire of receiving hush money from former President Donald Trump’s personal attorney Michael Cohen to clam up about a romantic relationship she had with Trump.

Daniels said there was no romantic relationship between her and Trump, and that what they had was not romantic in any way. “I did not have a relationship with Donald Trump,” she said. “I don’t consider getting cornered coming out of the bathroom to be an affair.” Trump denied having an affair with her, even though Cohen was sentenced to prison after pleading guilty to giving money to Daniels on behalf of the former president.

While Avenatti faces sentencing for allegedly committing fraud against Daniels, he was also convicted in February 2020 for trying to exhort millions of dollars from Nike by threatening to defame the sports footwear company for allegedly paying young basketball stars. He was sentenced to 30 months imprisonment for the conviction. He also faces a charge of stealing about $10 million of settlement funds from several clients in California, and another unrelated charge for tax fraud and wire fraud in the state.

Cracking The Cryptocurrency Secret < Previous
Queen Elizabeth Declares Duchess of Cornwall, Camilla, Will Be Queen after Her Next >
Social Connection
Latest News