Home » Headlines » Editorials » Are Dispensing Robots Worth It?

Are Dispensing Robots Worth It?

The surge in Robotic and Business Process Automations has caused a bunch of benefits and worries. Most firms seek to propel their return on investment. They trust dispensing robots are the most immediate solution to their needs. 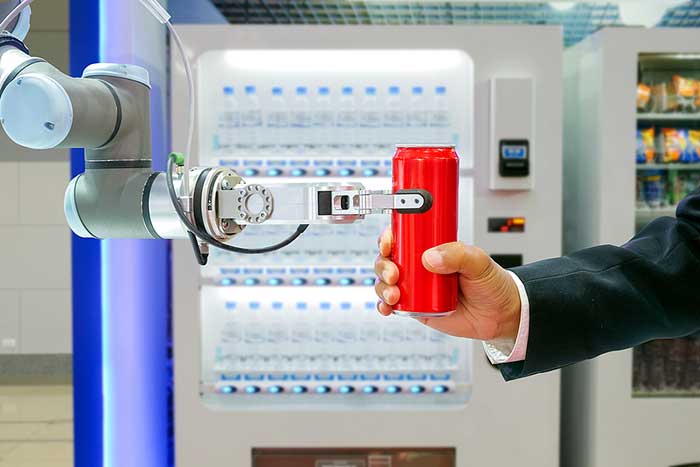 However, the primary worry is the cost of investing in a typical robotic arm. So, the question is whether productivity can be adequate to enable them to compete with established businesses. Also, some industries still doubt the dispensing robots’ ability to eradicate errors.

What if an error occurs? Can’t productivity slow down if automation demoralizes current employees?

It would be best to define a dispensing robot, know how it works, identify a suitable usage environment, and find out the advantages of using the machines, as explained below.

What Are Dispensing Robots?

Dispensing is releasing or supplying a process with a product. Robotic dispensing entails using robots in various activities, such as releasing a liquid and supplying drugs. Industrial dispensing involves activities such as potting, lubricating, sealing, or gaskets.

Potting involves hiding the inner complexities of an electronic. The robotic gasket is crucial in applying adhesives on workpiece surfaces. It differs from lubricating robots where the sole reason for lubricating is to minimize friction on the workpiece by introducing fluids such as grease or oil.

Finally, dispensing robots can help with robotic sealing. Here, the robot has liquid integrations with its ecosystem.

How Does a Dispensing Robot Work?

A dispensing robot works differently depending on the target industry.

For instance, a medical dispensing robot accesses drugs of specific sizes from the store. It then sorts them on a dedicated shelf for easier access by the medical staff.

Each ward assistant finds a predetermined drug type and quantity, ready for picking to the specific ward. Advanced sorting algorithm lets the dispensing robots extract patient’s prescriptions in readiness to be delivered to a specific ward.

You can load the robots with grease in most adhesive dispensing shops. It then proceeds to apply the fluid on a workpiece’s surface.

Examples of Industries that Use Dispensing Robots

Dispensing robots are crucial in aerospace applications such as

It is a two-part metal bonding epoxy. The typical metals to join are steel, traditional fiberglass, SMC, or aluminum. Epoxy is a family of epoxy resin basic components. Epoxy resins are a group of reactive polymers.

With Aerospace plotting, you can cover the internal complexities of electronics. You then strive to uncover holes of sizes for simpler gas flow. Besides, the process cancels extreme vibration and shock that would affect the plane parts when the body is in motion.

During aerospace core bonding, uncured composite laminate gets cured and simultaneously joined to the parent material during the cure cycle.

Composite laminate is a group of layers of composite material. You can bond the material to get the target workpiece characteristics, such as thermal expansion, stiffness, and strength.

Dispensing robots are crucial in most industrial assembly roles such as fluid dispensing. You can apply adhesives, sealants, inks, gaskets, and solder pastes. The motion control can appear in form of fluid dots, arcs, stripes, and different patterns per plane.

Apart from assembling fluids, you can extend robotic dispensing needs to solid material dispensing in fields, such as medical and scientific research. For instance, you can handle the genetic composition of DNA using dispensing robots.

For instance, you can use robots to color specific areas of the motor vehicle. You can also design special patterns using the adhesive sealing prowess of the robots.

Dispensing robots get parent instructions from the manufacturer’s programming language of choice. Let us compare dispensing robots’ operation to other trending technologies such as CNC machining.

With most tools such as CNC machines, you pay a specialist to program the machine. The technical staff must monitor the performance of the device.

Contrarily, the supplier of a dispensing robot guides you to install and operate the machine.

Since the installation is usually simple, you can re-install the robots in a different workplace and keep the production or supply running quickly.

The main reason for investing in dispensing robots is to cut down operating costs.

For instance, the machines relieve you of massive wages that reduce profitability. Also, you can save maintenance costs, that typical tools often attract.

Manual dispensing is often tedious, repetitive, and can sometimes be risky to employees.

For instance, the back-and-forth movement of employees into a drug store can be time-consuming and tiresome. You can automate the process and let the employees pay attention to more creative tasks within the company.

Dispensing robots are significant in minimizing errors. For example, human beings are likely to begin making mistakes after prolonged concentration on a repetitive task.

Since the evolution of robotics has boosted accuracy, machines can identify and minimize dispensing errors.

The continued reduction in industrial spaces means most firms need to produce much on a small piece of land. Dispensing robots have improved minute space utilization through flexible arms and reduced bodies.

Dispensing robots require enormous investment amounts. Besides, there is the worry of reducing productivity due to employees’ fear of losing jobs when automation occurs.

However, it is worth investing in dispensing robots due to an ocean of benefits, as discussed in this article.

Enhancing the Quality of Life Through Smart Building Lighting Systems < Previous
Bill Management: Tips for Paying on Time and Debts Prevention Next >