Home » Headlines » Editorials » All About American Gun Laws: Why You Should Own One, and Which Gun You Should Get

All About American Gun Laws: Why You Should Own One, and Which Gun You Should Get

American gun laws make it easy for you to get your first gun. Here’s why you should have a gun and a guide on what gun you should get. 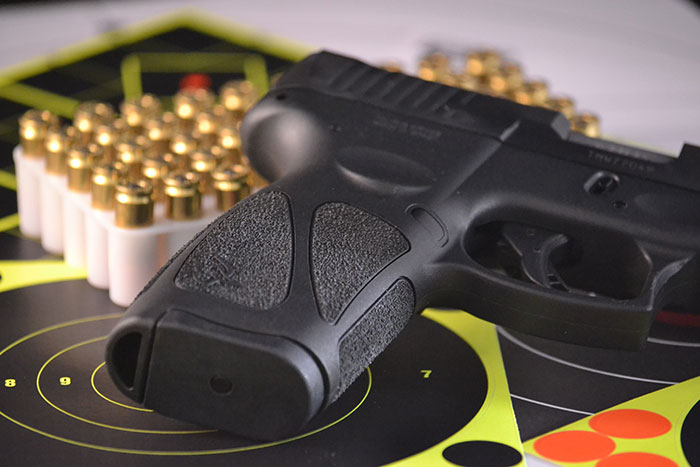 According to the Second Amendment of the US Constitution, American citizens have a right to bear arms. And while not every single person in America is allowed to buy a gun, most people are.

The United States has some of the laxest gun laws in the world, and these American gun laws make it easy for people to get their first guns. There are a number of reasons why you should have a gun. And there are hundreds of more options of gun models for you to pick from!

If you’re interested in buying your first gun, or you’re just looking to learn some new information, then please continue reading. We’ll teach you all about guns: who’s allowed to buy a gun in America, reasons to actually own a gun yourself, and help you decide which gun you should get!

At a national level, the Second Amendment in the Constitution protects the rights of the American people to keep and bear arms. There are federal laws put in place that state who is exempted from these rights.

For example, there are federal laws that restrict the sale of guns to people with certain criminal convictions. Also, people who have been involuntarily committed to a mental institution, people who are seen as a danger to society, and fugitives are not allowed to buy guns.

There are also state laws that say whether your firearm has to be concealed or not.

A long gun is a gun that has a long barrel. These include rifles and shotguns. And some states allow teenagers to purchase long guns without parental consent.

Reasons to Own a Gun

There are a variety of reasons to own a firearm. These range from self-defense to competition shooting to hunting and more. Let’s go over some of the most common reasons for owning a gun below.

1. Protection From the Government

This argument extends to state and local police officers too. Many gun control advocates state that it’s too dangerous for citizens to own guns and owning guns should be left to the police. They claim that the government is already too powerful and citizens aren’t able to stand up to the government.

Gun rights advocates counter this argument by pointing to examples like the George Floyd protests. They believe that when the government and the police become corrupt, the only way that citizens could truly defend themselves is by being armed.

Another one of the reasons why guns are good is that they give people the ability to hunt game at longer ranges and also put animals down more effectively. Once more, we have an example where detractors might claim that hunting is no longer necessary in today’s day and age. However, the coronavirus pandemic helped to show that our supply chains are more vulnerable than they thought.

In fact, some Americans have turned to hunt during the pandemic because of meat shortages.

Hunting also allows you to be more connected with your food and more appreciated of it too.

Many people may have doubts about how useful guns actually are for self-defense. Self-defense is a common argument for owning a gun, but is it actually effective? And will a gun owner actually be able to use their gun in time to properly defend themselves?

This might surprise some readers, but using a gun for self-defense is actually fairly common. In fact, guns are used for self-defense more than 2 million times every year in the United States. That’s more common than car accidents!

You can choose to affix a flashlight to a handgun that you keep by your bed to protect your home. And you can carry a concealed carry firearm when you’re walking through the streets at night.

Self-defense is a common reason for owning a gun by both men and women.

Some competitions also incorporate movement. This can really help to improve your skills.

Entering a competition will also teach you about patience, discipline, and gun safety.

Many people who are new to the world of guns may feel intimidated. There are a lot of options out there and you don’t want to purchase a gun that you can’t handle.

The Remington 870 is one of the most common shotguns available on the market today. Because it’s so popular, you can find it at pretty much any sporting goods store that sells firearms.

You can also purchase a variety of accessories for the gun. These include extra sights, barrels, stocks, magazine extension tubes, and just about anything else too.

This makes owning the Remington 870 an excellent choice because it can change and grow along with your tastes.

It’s also worth pointing out that the 223 Remington bullet is significantly lighter than 5.56 bullets. Knowing the differences for 5.56 vs 223 ammo can help you better make a decision when looking for the right gun.

This is one of the best all-around 22 rifles around. There are a lot of different versions so you can easily find the one that best fits your needs.

For example, they have a competition model, a carbine, a takedown model, and more.

Springfield is one of the most respected gun manufacturers currently operating. So it shouldn’t come as a surprise that they make firearms that are geared towards people of all skill levels.

When you’re looking for your first handgun, the Springfield XD Mod 2 (Service Model) is an excellent pick. This is a striker-fired pistol, which means that there’s no hammer. This is helpful because it means that you most likely won’t get your belt snagged in the gun when you’re taking it out of its concealed holster.

And the fact that this gun is the service model means that it’s helpful for new gun owners. This gun offers the advantages of a full grip – making it easier to handle the gun – but you also get the benefits of a compact barrel for easy concealment. The trigger safeties and the grip also help make sure that you won’t be fumbling around for the safety button while your adrenaline is rushing.

Also, the aggressive texturing of this gun will reduce the chances that it’s going to move in an awkward way or slip out of your hands.

No list of beginner firearms could be complete without giving mention to a revolver. And one of the best revolvers around is the Ruger LCR9. With a barrel length of only 1.87 inches and a height of 4.5 inches, this gun is going to make a great option for concealed carry.

And revolvers are extremely simple. You just point it and fire.

While Ruger handguns contain characteristics that make them popular with gun owners, it’s worthing noting that the snub-nosed guns like this one can deliver some recoil. Even though this model has the technology to reduce the amount of recoil, you should still be prepared for it.

The DAO (double-action-only) trigger also requires a long pull. So you most likely won’t discharge the gun by accident. Add this to the incredibly strong stopping power and you’ve got yourself an excellent and affordable handgun.

This model is Sig Sauer’s early venture into the world of pistols that are striker-fired. If you’re thinking about how reliable and effective this gun would be as your first firearm, it’s worth pointing out that the American Army uses this model as the sidearm for its soldiers. You can’t get much more effective than that!

This gun has interchangeable parts so that you can customize it to fit your hand size. This makes the P320 a great gun for beginners who are still trying to figure out which grip sizes work best for them.

You also won’t likely snag this gun on your belt because there’s no external safety or decocking lever.

There are many versions of the Sig Sauer P320, so make sure to pick the one that’s best for you. But when it comes to concealed carry, smaller is usually better.

Glock may be the most famous gun manufacturer in the world. Even people who never interact with guns have probably heard of this company.

The first “crossover” pistol from this company is the Glock G19X G5. This means that the frame is from the full-size Glock 17 while the slide is part of the compact Glock 19 platform.

Being similar to the Springfield XD Mod 2, this gun offers more control over the pistol while still allowing you to easily use and conceal the gun. It also comes with a lanyard loop so you never have to worry about accidentally dropping your gun and it hitting the ground.

Gun owners will also notice that the rising grooves in the handle are an effective way to help you keep your grip. And with its 17-round magazine, this is one of the best guns for getting the most practice between reloads.

Another popular gun manufacturer is Smith and Wesson. And for those who are looking for their first gun, M&P 380 Shield EX 2.0 model provides a rear grip designed for easy control.

You can also take this gun apart without having to pull the trigger, which is another helpful feature. Plus, there’s also an audible trigger reset which is extremely helpful for gun users who are just starting out.

The PX4 Storm by Beretta has a 3-dot sight system which makes it easy to aim. And you can customize the grip with the gun’s interchangeable backstraps.

Perhaps the best part about this gun is the automatic firing pin block. When you holster this pistol, the firing ring is automatically blocked. This significantly reduces the chances of an accidental discharge.

You can also use this gun as a double-action or single and see which way works best for you.

The Importance of Knowing More About Guns

Like it or not, guns are widely available and present throughout America. And by understanding the American gun laws, why people want them, and which ones are best for beginners, you can make more educated decisions for yourself. Just make sure that you do your research before making any big purchases and also practice safety.

Are you interested in reading other helpful articles like this one? If so, check out the rest of our blog today for more!

How to Clear Your Brain Fog After Months of Quarantine and Streaming < Previous
RF Slimming: The Benefits of the New Beauty Technology Next >