The Mount Fagradalsfjall volcano which has been dormant for 6,000 years in Iceland has suddenly become active after a series of earthquakes in the region. The site of the volcano is the Reykjanes Peninsula and close to the Keflavik International Airport in southwest Iceland. The last time any volcanic activity occurred in the region was 781 years ago, CBS News reports. 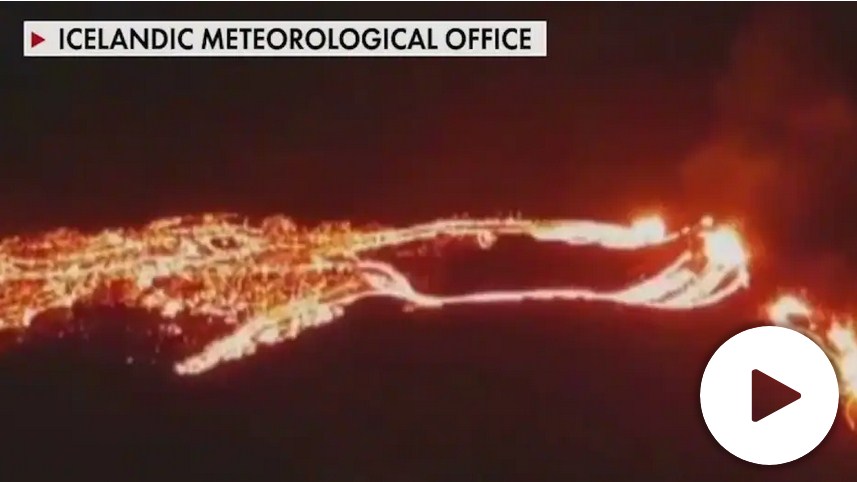 A stream of lava can be seen oozing out of the ground and brightening the black night for more than 20 miles away. The volcanic eruption is almost 15 miles south of Iceland’s capital city of Reykjavik and the Icelandic Meteorological Office (IMO) has warned people to keep indoors to prevent the inhalation of harmful gases from the site.

The IMO said its officials are monitoring the emissions for harmful gases and noted that people who are far away may not be harmed by the gases unless they are close to the source of the eruption. The US Environmental Protection Agency states that hazardous gases such as sulfur dioxide, carbon dioxide, and hydrogen fluoride may be present when volcanoes erupt and that it is best for people to keep clear of the site until officials monitor the gases for safety.

“We are monitoring the situation closely and as of now, it is not considered a threat to surrounding towns,” Iceland Prime Minister Katrín Jakobsdóttir announced. “We ask people to keep away from the immediate area and stay safe. Currently, gas pollution is not expected to cause much discomfort for people except close up to the source of the eruption. The gas [emissions] will be monitored closely.”

The agency revealed that no volcanic ash has been detected at the eruption site and people should be okay if they do not venture close to the site. The IMO further revealed that the cracks in the earth from which lava is flowing out is about 500-700 meters long while the space covered by the lava is less than one square kilometer, Fox News wrote.

The agency reported that the intensity of the volcanic eruption has reduced significantly since Friday evening and that people in the area should be safe from any natural hazards. The Scientific Council for Civil Protection announced that the lava will not affect major structures and that it is actually a small flow and the fountains are decreasing by the hours.

The IMO said almost 400 earthquakes occurred within seven hours before the volcanic eruption occurred, while more than 1,000 earthquakes had occurred in the region since February 24. Many of the earthquakes were not felt and could not be felt by anyone.

Fauci Says New B117 COVID-19 Variant Is Deadlier and Highly Transmissible < Previous
Today’s The Data: How You Can Secure Your Company’s Databases Next >