6 Defensive Driving Tips that You Need to Know

You might have heard the term “defensive driving” before. If you ever went to driving school, then doubtless your instructors mentioned it. It’s the philosophy or behavior that you should take out on the road with you each time you get behind the wheel. 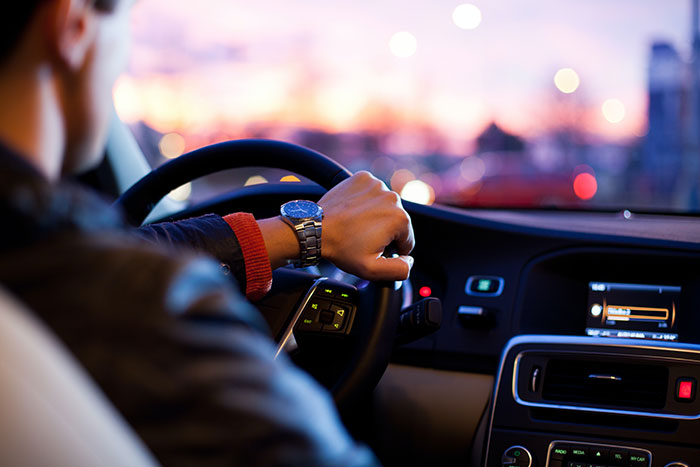 Defensive driving means driving in a socially responsible way. Some people don’t think that they need to conduct themselves carefully when they drive, but a vehicle can be a multiple-ton weapon. If you’re careless in your driving choices, you could severely injure yourself or someone else.

We’ll go over six essential defensive driving strategies that will keep you safe, as well as other drivers and pedestrians.

People who tailgate on the highway ask for trouble, and they’re doing the opposite of defensive driving. When you tailgate, it makes an accident likely. The car in front of you might decide to brake suddenly, and then you won’t be able to help to slam into them.

90% of injuries in rear-end accidents are neck injuries, and some can be quite severe. Whiplash can take months to heal, and in some cases, the injured party’s neck is never the same again.

There is no need to tailgate. Respect the driver ahead of you, and pass them if you want to get around them. Don’t ride their bumper.

Use a Turn Signal

There are two times when you should use a turn signal. Use one:

Using a turn signal is a common courtesy. It’s the way that you indicate to other drivers and pedestrians what you’re about to do.

The people around you don’t mind readers. If you’re about to turn or switch lanes on the highway, they need to know about it. It should not come as a surprise to them because then they might swerve and cause an accident.

Using the turn signal every time the situation warrants it is not optional. It’s something that every responsible driver needs to be in the habit of doing.

Speeding is a factor in many car crashes. If you collide with another car and you’re doing twenty-five, there is much less chance of fatal injury than if you’re doing fifty.

The police will tell you that they probably won’t pull you over if you’re doing sixty on the highway in a fifty-five. That’s not too egregious.

When you’re motoring through a school zone at double the posted limit, though, or you’re flying through a residential neighborhood where kids are playing, you need to seriously reexamine your attitude.

Speeding might get you to where you’re going faster, but it isn’t worth it. You’re putting yourself at risk, and everyone around you. Again, consistent speeding is the exact opposite of defensive driving.

Check Your Blind Spot Every Time

Another thing you ought to do is check your blind spot before you change lanes. Blindspot warning systems exist now in newer cars, but you should still look at your blind spot to see if anything’s there before you make your move.

Neglecting to look at your blind spot and then moving over is another way to cause an accident. You might sideswipe a vehicle, or cause them to veer out of the way and hit a highway divider or something else.

This is yet another part of safe driving that you need to have in your repertoire, and you should employ it regularly, especially when you’re in traffic.

Be Aware of the Road Conditions

Another part of defensive driving is being aware of the road conditions and reacting to them. If the highway’s speed limit is fifty-five, and that’s as fast as you’re going, then that’s fine for a bright, sunny day.

If, however, it’s snowing heavily, then you need to slow down. You might only go thirty-five or forty on the highway, considerably below the speed limit. Poor weather visibility means you need to adjust your speed and really concentrate on the road ahead.

Don’t go at the same speed at all times. Let the road and weather conditions dictate how you drive.

You can control what you do on the road, but not what other people do. Because of that, you need to keep an eye on the cars around you to see what kind of driving style they have.

Let’s say that you’re on the highway, driving in the fast lane. A car comes roaring up behind you and starts tailgating you. Maybe they even honk or start flashing their lights.

There are aggressive drivers out there, and you want to try to give them a wide berth. If it’s safe to do so, get in the slow lane so that this speed demon can pass you. It’s best not to engage with them by honking back, yelling, or gesturing.

Even if someone else acts aggressively toward you, keeping your cool is part of defensive driving. You never know when a road rage incident might turn ugly, so get out of the way and try to deescalate.

It’s not necessarily a defensive driving aspect, but you also need to avoid ever getting behind the wheel when you’ve been drinking, or if you’ve been using recreational drugs.

Avoid distracted driving as well. That means keeping both eyes on the street ahead and not trying to change the radio station or set up a Bluetooth phone call at an inopportune time.

The more driving experience you have, the better at it you should become. You’ll be out there in different weather and traffic situations, and you’ll gain confidence. Also, it is crucial for your safety as well as the safety of other passengers on the road. Motor vehicles account for 18% of the total accidental deaths in Michigan. The situation is really grave. However, for advanced safety, Michigan teens and adults can now ace their driver’s permit test with ease.

The better you are at driving defensively, the less chance that you’ll get in an accident or hurt yourself or someone else. When you have defensive driving habits, you have a much higher chance of getting home safe.

Put Some Brains Behind Your Racing Bets with Some Simple Tips < Previous
Why do People Prefer the New Way of Playing Poker Online? Next >