Advanced network is the bridge to our business tech future. The ability to broaden connectivity drives innovation, root out inefficiencies in current operating systems, and brings new products to the market quicker. Low earth-orbiting satellites, 5G networks and other advanced networking capabilities are coming into focus – how long before this becomes our reality? 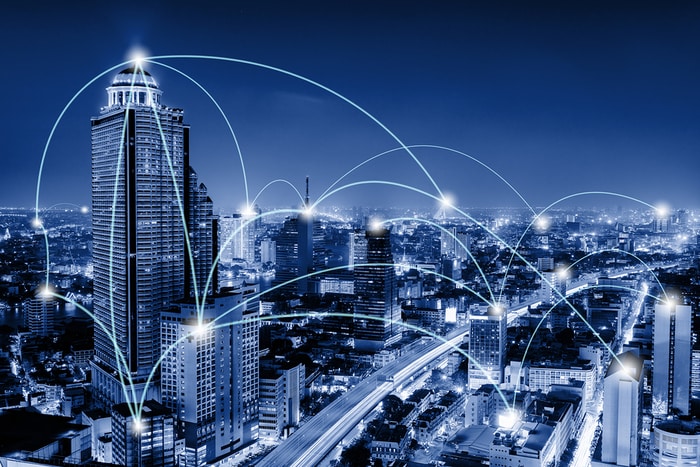 According to the business consultancy group Deloitte], networking is receiving more attention as one of the primary drivers of our digital future. Not as exciting as the development of digital experiences and expansion of our cloud capabilities, both of which have captured our attention as the next technological frontiers to capture.

IT professionals in TechTarget’s 2018 IT Priorities Survey, including Scott Clarke, who provides IT services in Philadelphia, identified network technology upgrades as their number one priority.

The “advancements’ in advanced networking

The ever-growing need of business for connectivity is being driven by several factors. Greater mobility and less reliance on brick-and-mortar locations to house large computer systems, coupled with a greater reliance on networking by consumers and businesses that drive our everyday interactions have brought us all to the brink of our current capacities and capabilities.

New and emerging methods for achieving greater connectivity include:

5G or fifth-generation networking is the natural evolution of cellular technology. It surpasses Long-Term Evolution (LTE) networking (often misidentified as 4G or fourth generation cellular networking), providing data rate peaks that peak at 20 Gb/sec (on downlinks) and 10 Gb/sec on uplinks. Cellular companies like AT&T, Verizon along with technology vendors Nokia, Apple, and Cisco are all working diligently to deliver reliable 5G networking by 2020.

These telecommunication satellite systems orbit the earth’s atmosphere at between 400 and 1,000 miles. LEO, which moves at a high rate of speed, is useful in facilitating daily telecommunication needs of a business, such as video conferencing, email, paging activities. They also play a role in delivering satellite telephone capabilities in areas (i.e. rural, developing countries) where the building of a permanent telecommunications infrastructure would be cost-prohibitive.

Mesh computing involves the connection of individual nodes (i.e. the individual switches and bridges) with each other to make connectivity efficient. These connections self-configure, lowering maintenance costs and properly distributing workloads in a way that if one connection fails, there are others available to continue the connection.

Edge computing differs from mesh computing in that its paradigm is to bring computing processing and the storage of data closer to where it’s needed. This change reduces the bandwidth needed to deliver the network and increases data speeds and response times.

Ultra-broadband provides downlink speeds of 100 Mbps and data uplink speeds at a minimum of 50 Mbps. These rates are demonstrably faster than traditional broadband networks. It facilitates high-def video conferencing, access to computing which is more cost-effective for users, lower costing voice and data, and access to streaming.

Each of the above elements of advanced networking is developed and being made available as system capabilities allow. As we move on to the next frontier of the networking community, one which IT professionals agree is where we are headed, we must also recognize that improvements in the underlying infrastructure – the information superhighway – must also take place to ensure adequate delivery and fulfillment of the promise of advanced networking.