Home » Headlines » Sports » Who Will Win the UEFA Champions League This Season?

Who Will Win the UEFA Champions League This Season?

Now that the first round of this year’s UEFA Champions League is done and dusted, it’s the perfect time to reflect on what we’ve seen so far and what we can expect in the weeks to come. 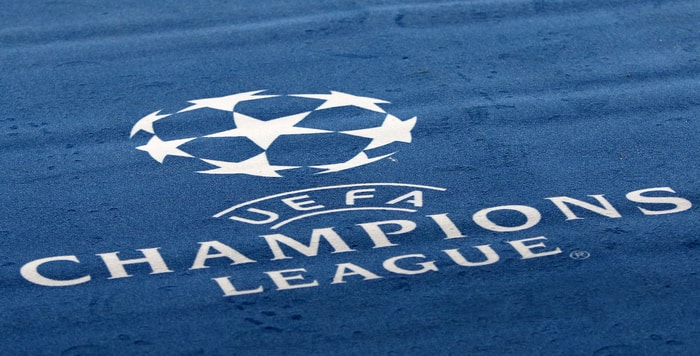 The group stages are already shaping up to be a hotly contested affair, with PSG dominating Real Madrid, champions Liverpool defeated by Napoli and a renewal of the recurring rivalry between Juventus and Atletico. We’ve even been able to enjoy a fascinating eight-goal thriller thanks to attacking talents of Red Bull Salzburg and Genk!

Looking ahead to next May, this season’s final will be played in the 76,000-capacity Ataturk Stadium in Istanbul, Turkey, which is the stadium where the national team plays their home matches. We’re here to weigh up the chances of top contenders and who we expect to go all the way on the road to Istanbul. Let’s get to it!

Despite the tremendous domestic success that Man City have enjoyed in recent years, we all know that Pep Guardiola has his sights firmly set on Champions League glory this season. Having failed to bring home the trophy since his time at Barcelona, the pressure is on the Citizens to finally fulfill the potential of such a strong squad.

With the summer addition of defensive midfielder Rodri, it’s hard to spot any weaknesses in a team loaded with talent in every single position on the pitch. With the likes of Aguero, De Bruyne, Sterling and Bernardo Silva already looking hungry for success, this could well be the year that City finally break their Champions League duck.

It’s been 18 years since Bayern last lifted the Champions League trophy, something that young manager Niko Kovac will be looking to change in Istanbul this season. By adding three exciting talents in the form of Phillippe Coutinho, Lucas Hernandez and Ivan Perisic, the squad is finally looking a lot fresher following a few years of dwindling reliance on Robben and Ribery. They’re a fantastic dark horse, at the very least.

Given a couple of draws that they’ve suffered domestically, it’s fair to say the team may need a bit of time to gel together. Even so, Bayern remains strong favorites for the title in the latest Bundesliga betting news and predictions, and we also expect them to make a big mark in Europe this year.

With Cristiano Ronaldo at the helm, you feel any team would have a strong chance in going far in European competition. But whilst the Portuguese star is certainly considered the talisman of the Juventus team and eager to add another Champions League trophy to his sprawling cabinet, let’s not forget the other world-class talents that Maurizio Sarri has added over the summer.

Dutch wonderkid Matthijs de Ligt slots in perfectly in what was already one of the best defenses in the footballing world, not to mention the midfield dynamism brought by Adrian Rabiot and Aaron Ramsey. We’re expecting big things from La Senora this year!

It’s really hard to choose a winner between these sides and it’s likely we’ll be seeing plenty more from them in the latter stages of this year’s competition. That said, Manchester City has an incredible depth of talent in their squad, something that becomes more and more important in the latter stages of a season. For that reason, we’d say there’s every chance the trophy will be heading back to the North West of England for the second year running.