Rhinoplasty (commonly referred to as a nose job) is a cosmetic procedure that many people undergo to improve the appearance of their nose. But although it is one of the most performed surgeries in London, here is what you need to know about rhinoplasty. 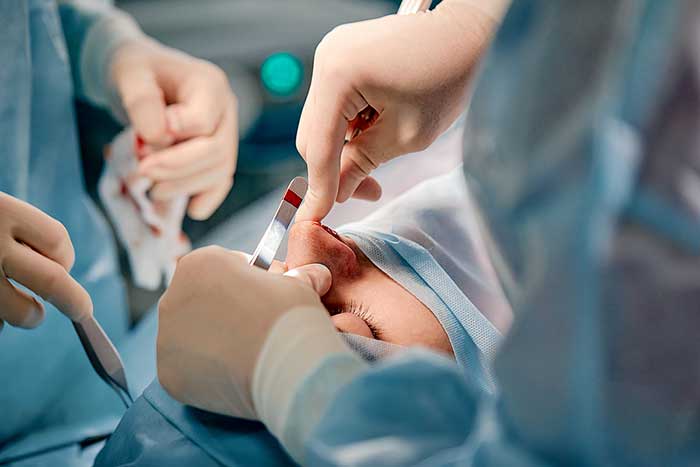 The purpose of a rhinoplasty

In many cases, rhinoplasty is performed to correct a deviated septum, which occurs when the cartilage separating the two sides of the nose are broken down or shifted out of place. This causes people to have trouble breathing properly through their noses. There may also be injuries to the nose that cause problems for the patient as well.

Rhinoplasty can also be used to reduce bumps on noses or alter their size or shape of them so they look more aesthetically pleasing. There are many different ways in which a doctor can achieve this goal. One popular method is using fillers such as Restylane or Juvederm to add volume to small areas of the nose that need improvement.

Rhinoplasty may also be performed on those who feel they would benefit from having their noses altered. Here are a few areas that can be influenced by rhinoplasty:

As with any ethically performed procedure, your surgeon will discuss with you what you hope to achieve with your rhinoplasty before outlining the procedure that would work best for you.

What happens during a rhinoplasty procedure

The rhinoplasty procedure is usually performed under general anaesthesia. This means general anaesthesia will be introduced into your body during surgery so that you do not feel pain. This is the safest way to perform any type of surgical procedure, and it is important for your safety and comfort.

A local anaesthetic is used to numb the area around your nose and eyes (periorbital area) and the top of your lip. This does not mean that you will be asleep or unconscious; you will be awake for the whole procedure, but you simply won’t feel any discomfort.

The anaesthetist will then put a breathing tube in your throat so that you can breathe comfortably while under general anaesthesia. You will breathe oxygen through this tube during surgery, and it will be removed as soon as possible after surgery. There are no ill effects from having this tube inserted.

The surgery begins with an incision inside your nostril. Your surgeon will remove a small amount of tissue so he can reshape your nose and place the structure back in.

Rhinoplasty is a surgery that reshapes your nose to give it a different look. A rhinoplasty specialist will make the changes you want by removing some of the cartilage and bone in your nose.

Treating medical issues with rhinoplasty involves addressing your breathing and nasal function. For example, if you suffer from breathing problems because your nostrils are too small, your surgeon might perform a septoplasty to enlarge the channel between the nostrils and open up the airway.

Similarly, if you need a revision procedure, such as an open reduction rhinoplasty, your surgeon might reshape your nose in a way that addresses your specific nasal problem.

The incision is sutured closed with absorbable sutures, and the external splints or cast is removed. Your head is wrapped in soft bandages for support.

The scars are also hidden inside the nose, which is typically filled with saline to allow the skin to move over the new contours. Depending on the type of surgery performed and the desired outcome, incisions may be closed with sutures or surgical glue.

The stitches can be removed in about a week to 10 days, but it takes several weeks for a rhinoplasty scar to heal and flatten.

In addition, as swelling subsides, the nose has a natural tendency to return to its previous shape. Patients are therefore given a set of post-operative instructions, like sleeping with their head elevated for the first few days after surgery to help reduce swelling and prevent the nose from flattening out during sleep.

Two days after surgery, you should be able to return home from the hospital but will need someone to look after you for at least the next week as you should avoid strenuous activity for a certain period. Your doctor will give you specific instructions on how soon you can go back to work and resume normal activities. Most people require about a week off from work, so plan accordingly.

Within a few weeks, you will notice significant differences in appearance, and swelling will begin to subside. Residual swelling may last up to 12 months, so don’t be surprised if it is impossible to see the full results immediately following surgery.

Are HYIPs Investments Right For Your Investment Portfolio? < Previous
Autoimmune Disorders May Disappear With Intake of Vitamin D and Fish Oil Next >
Social Connection
Latest News