The United States revealed that North Korea tested two intercontinental ballistic missile systems (ICBM) on February 26 and March 4. The US government considers the new missile tests a serious escalation and a brazen violation of UN protocols, given the precariousness of world politics at this time. 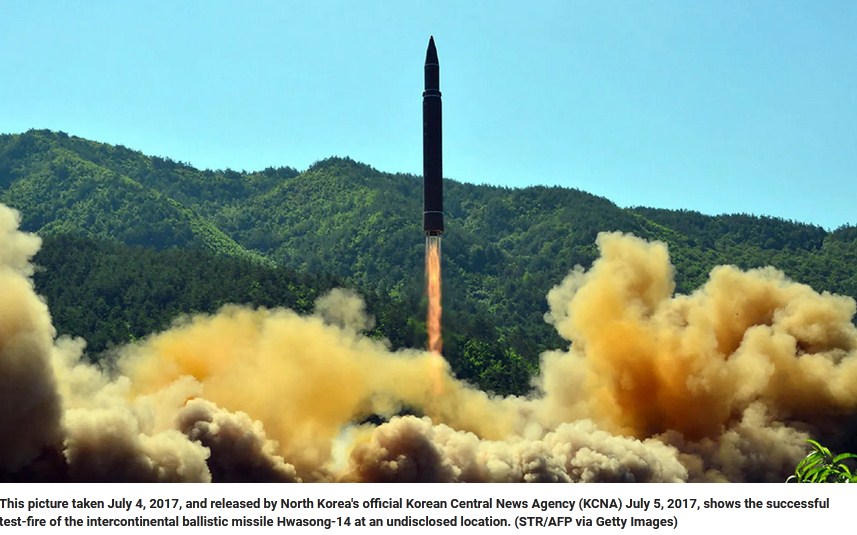 North Korea first demonstrated this new missile technology during its Korean Workers Party parade on October 10, 2020, and during the Defense Exhibition in October 2021, a top Washington official disclosed. The February and March tests were likely to fine-tune elements of the new system, and not to necessarily test its range or capability.

“The United States strongly condemns the DPRK for these tests,” the US official said on condition of anonymity. “These launches are a brazen violation of multiple United Nations Security Council resolutions, aimlessly raise tensions and risk destabilizing the security situation in the region.”

The official said the Biden administration shared the intelligence with the global community with the aim of harnessing a common voice and position against North Korea. He said North Korea’s leader Kim Jong Un must be discouraged from developing nuclear and chemical weapons that can threaten or jeopardize world peace.

Washington has reportedly activated its Indo-Pacific Command to increase surveillance operations in the Yellow Sea and to make ready necessary ballistic missile defense systems in the Korean Peninsula region. The Biden administration is also taking steps to prevent North Korea from “accessing foreign items and technology that enable it to advance prohibited weapons programs.”

The US official said President Joe Biden has demonstrated his readiness to meet with Kim Jung Un as former President Donald Trump did in June 2018 to discuss diplomatic ways of denuclearizing the Korean region in the most peaceful manner. But this plan has not worked out yet, and Jung Un seems bent on flexing his military muscles in the region.

The North Korean leader has launched in excess of 100 missiles since he came to power in 2011. This number is more than his father Kim Jong Il and grandfather Kim Il Sung launched over a period of 27 years. He tested a missile system in March 2021 and even seems determined to launch missiles into the waters close to Guam, a United States territory.

“Flight tests are part of North Korea’s effort to expand the number and type of missile systems capable of delivering nuclear warheads to the entire United States,” the official said. “North Korea continues to seek a sea-based nuclear-strike capability… and Pyongyang may use such weapons during a conflict or in an unconventional or clandestine attack.”