Nazym Rakhimberdiyeva, originally from Kazakhstan, has a truly unique approach to her artwork. It celebrates the cultural essence and heritage of Turkey’s ancient Tengri people. 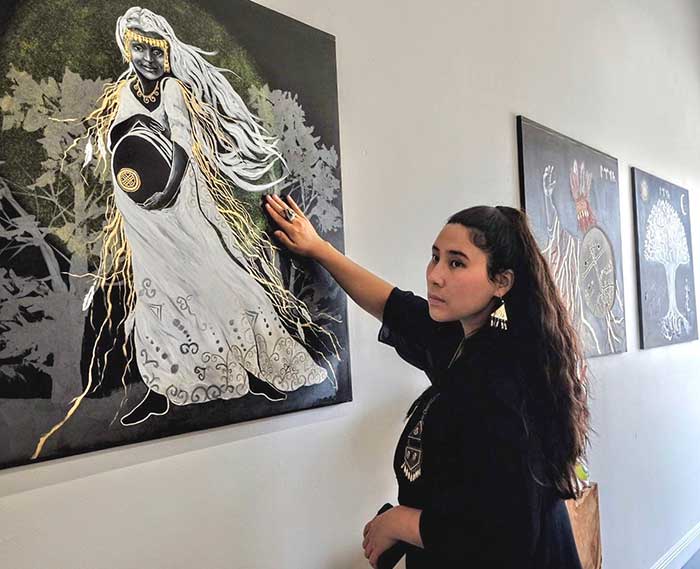 These nomadic people constantly traveled across Europe, worshipped numerous gods from antiquity, and had rich mythology to teach social values and excite the mind of the young. Nazym Rakhimberdiyeva uses the intriguing culture of the Tengri to form spectacular art that acts as a mirror of our own endeavors.

Nazym is the very first artist to incorporate Tengriism into their art. The aim was to introduce viewers to what the fascinating Tengri people believed in. Like many other peoples of the world, the Tengri believed in Aruahi or a form of guardian angel. These figures protected them from harm and also were curators of nature and the known world.

The Tengri took inspiration from what they saw of the world as they traveled and incorporated it into their daily lives. Likewise, viewing Nazym’s works allows us to draw on their experiences and add them to our own. 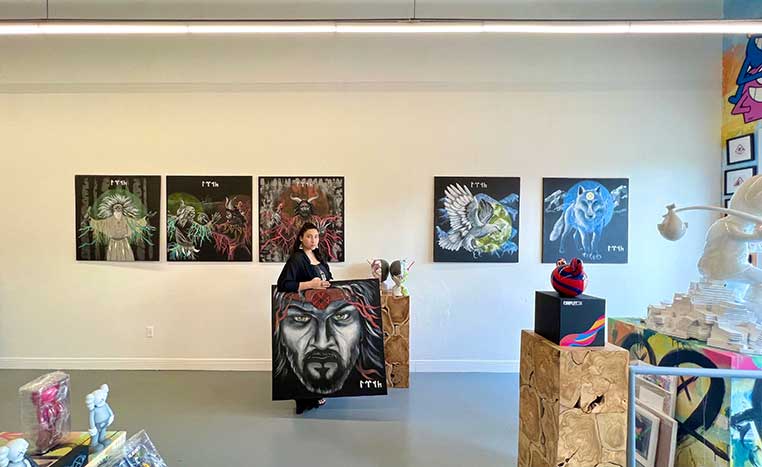 Nazym’s work was exhibited in the renowned End to End Gallery in Hollywood, Florida, and was seen by more than 5000 patrons. Everyone from the art world was there, including fellow artists and historians wishing to interpret and reflect on how the ancient nomadic people of Turkey influenced Nazym’s art and what truths could be distilled from it.

The Tengri knew of their ancestors up to seven generations who were sacrosanct to them. This is much different from us today, who barely know our extended family. Nazym’s art paints a picture of disparities and failings between the Tengri and us. For example, not knowing our own family or experiencing the outside world without distraction. 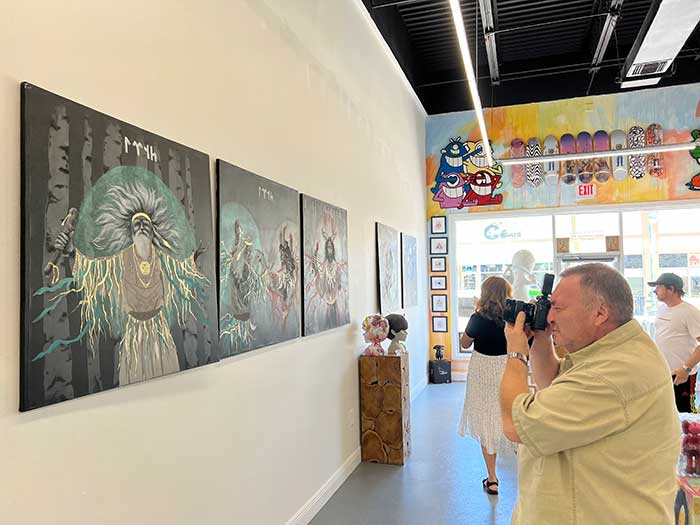 The End to End exhibit location is well known for selling works from artists like Kai, Banksy, Paul Insect, and many others. Nazym’s artwork fitted this space perfectly with the same importance and statue, offering viewers something new and distinct to absorb and consider.

The works enable us to reflect on the contrast between a nomad and a stationary lifestyle, what can be learned when going on a journey, and the compromise between comforts and the definition of happiness.

Seldom do we consider our very existence, our purpose, or our intention on this Earth. We forget that we could be happy on the other side of the fence and with fewer possessions. Today in the US, the ‘mobile homeless’ who live in vans and travel as snowbirds across the country may see and experience more than us in our domiciles.

The main theme of Tengri’s life is a complete contrast to modern life and values. The 5000 lucky visitors were treated with vivid colors and imagery. The viewers were taken on a journey far removed from Florida.

When asked, Nazym Rakhimberdiyeva expressed an intense desire to celebrate the lives of nomad ancestors and show us what we’re missing in our inverted lifestyles.

8 Career Choices For People Interested In Helping Others < Previous
Will House Prices Begin to Fall in 2022? Next >
Social Connection
Latest News