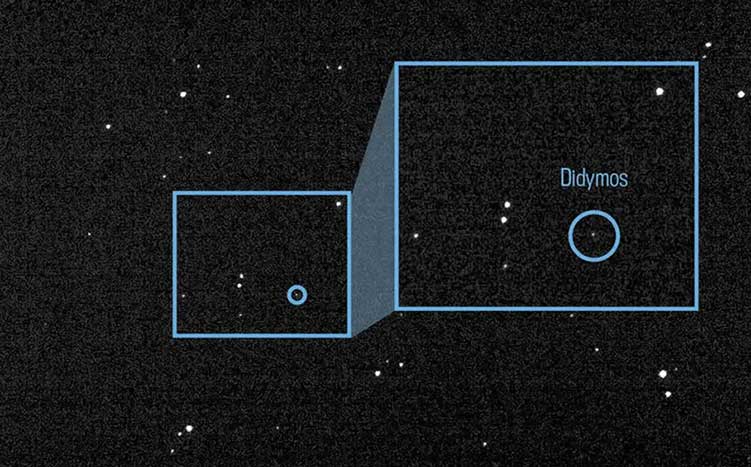 NASA scientists succeeded at this task with computer lab simulations, but they want to test it now in real-life or out-of-this-world situations. DART spacecraft was launched from the Vandenberg Air Force Base in California aboard a SpaceX Falcon 9 rocket in November 2021 for the purpose of demonstrating NASA’s kinetic impactor Earth defense theory.

NASA said the success of the mission will determine if humans can protect our Earth from a potential asteroid collision. The space agency said the targeted asteroid – Dimorphos – does not pose any threat to Earth even though they may potentially crash into each other. “While the asteroid poses no threat to Earth, this is the world’s first test of the kinetic impact technique, using a spacecraft to deflect an asteroid for planetary defense,” NASA said on Thursday.

In the next three weeks, space scientists will align the direct position of DART to ensure it can crash directly into Dimorphos. It will be aligned three times to perfect its trajectory, and the third alignment will be on September 25 so DART’s distance to Dimorphos will be about 2 kilometers. From this distance, the spacecraft can automatically seek out the asteroid on its own for a speedy collision.

“The point of a kinetic impactor is you ram your spacecraft into the asteroid you’re worried about, and then you change its orbit around the Sun by doing that,” said Johns Hopkins Applied Physics Laboratory Planetary astronomer Andy Rivkin.

Scientists said DART’s impact with Dimorphos will not change the asteroid’s orbit, but it might deflect it a bit out of orbit – maybe by an inch or two. Telescopes and data from the ground will be used to analyze the impact and success of the plan, and only then will NASA officials know if they have succeeded with their plans.