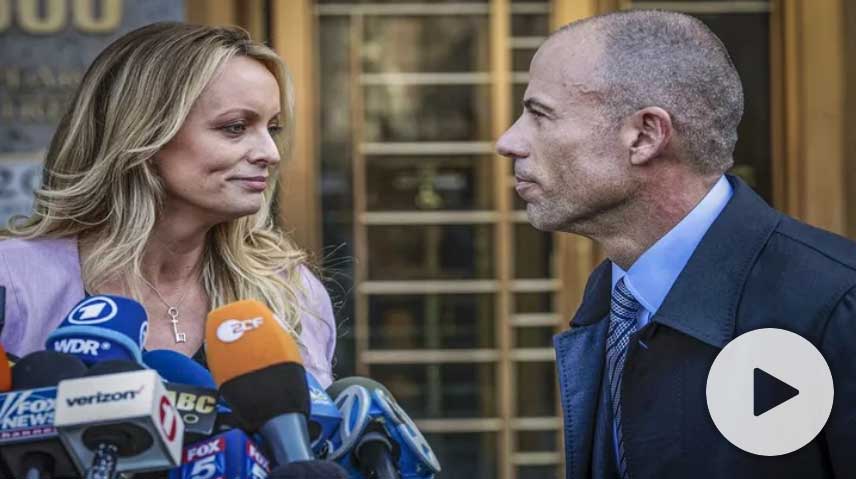 The shamed lawyer is currently serving a 30 months sentence for trying to extort more than $20 million from Nike through blackmail.

Before the sentencing, he begged the judge to be sentenced remotely so that he would not have to appear physically in court, but Judge Furman declined, saying “in the court’s view, the gravity and significance of the sentencing proceeding would be ill-served by a remote sentencing.” Ultimately, Avenatti appeared for his sentencing wearing a beige prison suit, with his ankles in chains.

He spoke for 12 minutes after the sentencing, saying he had brought shame on himself, his family, and the noble legal profession.

“I have destroyed my career, my relationships, and my reputation and have done collateral damage to my family and my life,” he said while fighting back tears. “There is no doubt I made a series of mistakes and exercised poor judgment.”

Furman agreed that Avenatti was a brilliant lawyer who once nursed the ambition of contesting the US presidency at the height of his career when he battled presidential-hopeful Donald Trump in 2006. The judge said the disgraced attorney “was smart and has formidable legal skills; what changed? I don’t know the answer to that question,” but noted that Avenatti turned his “healthy ambition” into “blind ambition” to the detriment of his professional career.

In May, Avenatti wrote to Daniels begging for forgiveness. He tendered a copy of his letter of apology before Furman, but the judge said the apology was too late and insignificant compared to his offense. “It is obvious that I failed you in many respects and that I disappointed you and let you down in multiple ways,” Avenatti told Daniels in the letter. “I wish that we could turn back the clock so that the mistakes I made would never be repeated. I am truly sorry.”

Avenatti has also been charged for embezzling $10 million, which he collected from five people whom he threatened to deal with one way or the other in California. He is due to go to trial in July over the extortion and embezzlement case. He is also facing tax fraud and bankruptcy fraud, to which he pleaded not guilty.