The Royal Courts of Justice in London has ruled that Rwandan migrants in the UK can be deported as early as next week. Judge Jonathan Swift ruled that it is in the interest of the public and potential African migrants that people who entered the country illegally on the basis of asylum be deported to their home country. 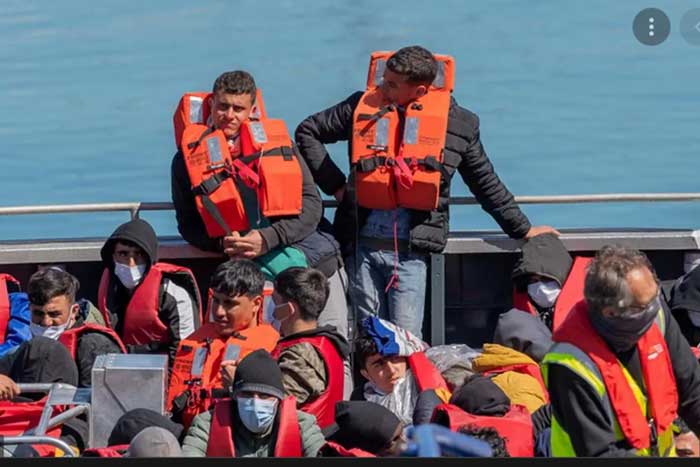 The first flight to airlift potential deportees is scheduled to take off on Tuesday, with PM Boris Johnson saying the government is initially funding the deportation, accommodation, and integration of deported Rwandans in their East African country with £120 million ($158 million).

Boris disclosed that more than 50 people have been notified that they are potentially being deported to Rwanda. He said Home Secretary Priti Patel is doing the right thing with the deportation, and that his government will fight the legal battle that will arise on account of the move.

“We’re ready for that,” Boris said. “We will dig in for the fight – we will make it work. We’ve got a huge flowchart of things we have to do to deal with it with the Leftie lawyers. We cannot allow people traffickers to put lives at risk and our world-leading partnership will help break the business model of these ruthless criminals.”

Patel also repeated the same sentiments, saying the government is ready for legal battles from human rights activists and campaigners. “While we know attempts will now be made to frustrate the process and delay removals, I will not be deterred and remain fully committed to delivering what the British public expects,” she said.

While Judge Swift has ruled that Patel has the right to “implement immigration decisions” in deporting Rwandans who entered the UK illegally through torturous journeys, he maintained that human rights groups have his permission to challenge his ruling in court. He said the deportation can go on while the juridical review is ongoing.

Human rights groups and trade unions have sworn to appeal the decision. The United Nations Refugee Agency, Detention Action, Care4Calais, Detention Action, Asylum Aid, and the Public and Commercial Services Union (PCS) among others said Patel is wrong and has overstepped her boundaries on several fronts. They said they will seek an emergency injunction to stop the plane from taking off on Tuesday.

Last year, more than 28,000 migrants crossed the English Channel in rickety boats to enter the UK. Many from Rwanda said they are being persecuted and fear being forcefully conscripted into the army, with some even telling Clare Mosley of Care4Calais that “we would rather die than be sent back to Rwanda.”