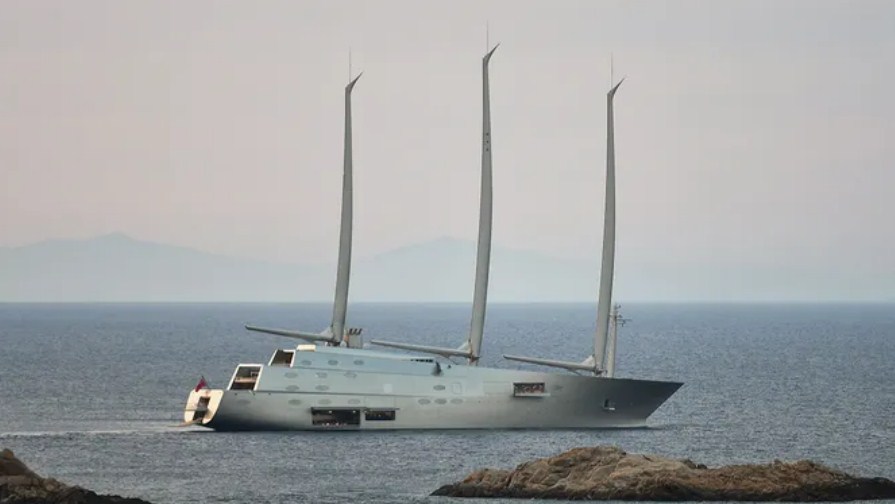 Draghi said his government has frozen the assets of several Russian billionaires linked to Russia’s President Vladimir Putin. These assets are worth billions of dollars to make Russian oligarchs feel the pinch of the military pains unleashed on Ukrainians.

Melnichenko’s superyacht costs $580 million and measures 143 meters (470 feet), more than 1.5 football fields. It was designed by Philippe Starck and manufactured by the German company Nobiskrug. The luxury yacht has eight decks and an underwater observation area fortified with one-foot-thick glass.

Melnichenko is the owner of SUEK, a coal company, and the owner of fertilizer company EuroChem Group. The companies stated on Thursday that the oligarch resigned and is no longer receiving any benefits from the fertilizer and coal organizations. Melnichenko’s spokesman, Alex Andreev, however, said his master is not affiliated to any political party in Russia and has nothing to do with his country’s invasion of Ukraine.

“There is no justification whatsoever for placing him on the EU sanctions list,” Andreev said. “We will be disputing these baseless and unjustified sanctions, and believe that the rule of law and common sense will prevail.”

Italian economy minister Daniele Franco and head of the Italian tax police, Giuseppe Zafarana, said the government will seize all identifiable assets belonging to powerful Russians and also go after their shareholdings and hidden companies.

Italy also seized Lady M, the yacht belonging to Russian businessman Alexei Mordashov, a metals tycoon who is considered the richest man in Russia. Estimated to be worth $70 million, the superyacht is 215 feet long and has six luxury staterooms. The government also seized the 126-long yacht of investment billionaire Gennady Timoshenko.

Germany impounded the $600 million 500-foot yacht belonging to Alisher Usmanov while France seized the $120 million 280-foot-long yacht of Igor Sechin, CEO of Russia’s state oil company. The UK government is currently eyeing the 460-foot-long superyacht belonging to Russian billionaire Roman Abramovich after clamping down on Chelsea Football Club, which is owned by him.