The Karnataka High Court in southern India has ordered Muslim students to stop wearing hijab to school until the court decides if it is appropriate to do so. Following the ban of wearing Islamic religious garments and headscarves by a school and the subsequent riots that followed, the court said it will determine if the school had the right to prohibit the use of the religious head covering; but until then, Muslim students are to stop using hijabs to school. 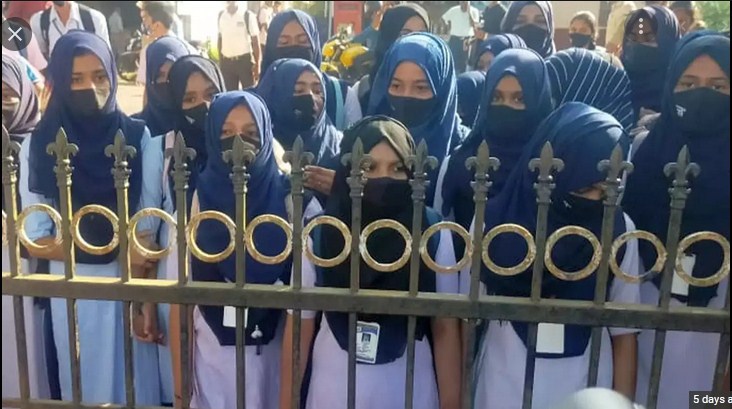 The current crisis started in September 2021 when a school in the city of Udupi asked students to stop wearing the hijab. Parents of five of the students in January 2022 approached the court for redress, arguing that the prohibition amounted to a violation of the students’ rights to practice their religion freely and was an attack on their education rights. The violence that followed forced the authorities to close schools in Karnataka and the entire Bangalore.

Some Muslim practitioners see the recent court ruling as being “asked to suspend their faith” until the court determines what to do. Given that India’s Prime Minister Narendra Modi is a Hindu nationalist and the government in Karnataka is controlled by Modi’s Bharatiya Janata Party (BJP), many political analysts are not surprised that the state government or the court seemed to support the school to temporarily ban hijab.

The political leader who ordered the closure of schools in Karnataka said pupils in 9 and 10 grades may be allowed to resume on Monday, but those in 11 and 12 grades may be asked to hold on for a couple more weeks.

The Students Islamic Organization of India based in Delhi with more than 9,000 members said it is unfair that the High Court upheld the decision of the school in supporting the hijab ban – even on a temporary basis. “We think it’s really unfair to ask Muslim women to suspend their faith for a few days while the court completes its hearing, the national secretary of the organization, Fawaz Shaheen, said.

According to public complaints, Muslim students were not allowed into classrooms late last year when they came to school wearing hijabs. Some teachers reportedly marked the students absent for the day if they failed to turn back at the school gates. The school said the use of the religious scarf violated the school’s dress code. Some Hindi students wearing saffron taunted the girls when they were turned back, jeering at them to remove their hijabs for conformity.

Human rights activists however stated that secularism and religious freedom is allowed in India’s constitution even though only 15% of the country’s population is Muslim.