Elton Pereira is the co-founder of ParetoLogic, a Victoria, BC-based security software company. He has spent over 15 years cultivating experience in the worlds of finance, marketing, and business management and developed a powerful aptitude for identifying the next big thing. 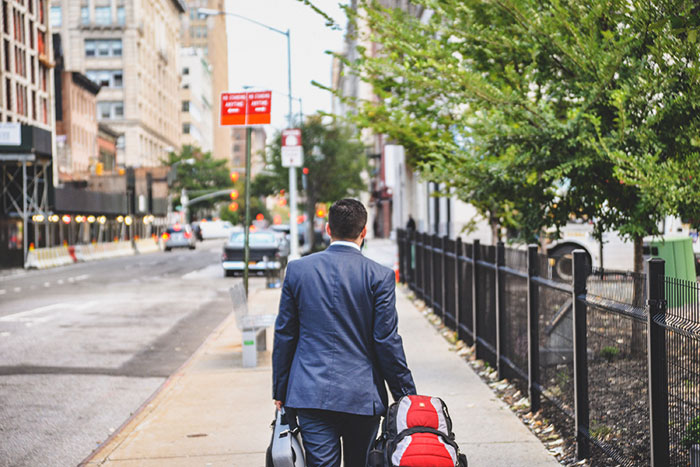 Elton was born and grew up in Victoria. He graduated from the University of Victoria in 1998 with a specialization in finance and entrepreneurship, earning a Bachelor’s degree in Commerce. His first major role was at CIBC, where he was responsible for overseeing over $60 million in assets as a financial planner. He was named a CIBC Annual Achiever three years in a row, cementing his reputation as one of Canada’s most talented financial planners.

The next chapter of his career began when he founded ParetoLogic in 2004. Launched with his brother Adrian and Myron, as well as his brother in-law and long-time partner Don Wharton, ParetoLogic is a highly specialized vendor that provides security, optimization, privacy, backup, and other utility solutions to PC users at home and in small businesses, as well as both on-site and in the cloud. The Pereira’s grew ParetoLogic from 5 employees and $3.9 million in revenue in their first year of business in 2004 to 70 employees, 350 million software downloads, and $24 million in worldwide sales by 2015.

By staying lean and maintaining a sense of flexibility, the company was able to achieve positive cash flow and remarkable sales from day one. To create their first application, an anti-spyware solution, ParetoLogic’s owners self-funded a highly effective outsourced development process, then put together a highly effective online marketing system based on extensive market research.

In particular, Elton worked closely with the executive team members to define, establish, and execute a strategy for business growth based on clear goals and objectives. The company was driven to help team members innovate, be creative, and work smarter. During his time at ParetoLogic, Elton Pereira helped recruit and welcome talented people into the organization to continue growing, developing, and supporting the brand. He considers key values at the company to be drive, integrity, trust, respect, dependability, team spirit, compassion, loyalty, and a sense of fun, and these served as the foundation of a remarkable family-oriented company culture that delivered great results.

Since winding down ParetoLogic and retiring the company in March 2020, Elton Pereira has pursued a wide array of new opportunities and is working to build a number of additional thriving businesses. His current projects include SureSwift Capital, where he and other partners invest in SaaS businesses that help founders achieve their dream exits, and Constant Content, a marketplace for writers to sell their skills as SEO content creators to businesses in need. He is also co-owner in SendtoNews, the fastest growing cloud-based syndicator of digital sports highlights that provides over 1800 online publishers with premium content, revenue and AI powered video player technology.

He backs mission-driven founders in the early stages of growing game-changing businesses at Version One Ventures, and provides advisory and investment services to businesses with environmental, social, and governance missions – as well as powerful technologies – at Gravity Group. In Victoria, he recently donated Startup Skool, an enterprise aiming to teach children about entrepreneurship, to Glenlyon Norfolk School.

Some of the other ventures he loves, supports and has a stake in are The Very Good Butchers, a creator and manufacturer of plant-based meat alternatives and a natural products delivery and social marketing company called Social Nature.

Elton Pereira is the winner of a number of awards, including the 2011 Peter B. Gustavson Distinguished Alumni Award from his alma mater, the prestigious 2010 Ernst & Young Enterpreneur of the Year award, the 2006 Top 40 Under 40 for Vancouver Island, and the 2007 Chamber of Commerce Young Enterpreneur of the Year award. ParetoLogic was also awarded with many awards over the course of its tenure, including the 2017 VIATeC Community Champion Award, the 2015-16 World Vision Recognition for Humanitarian Efforts Award, the 2014 Branham 300, the 2012 BCTIA Community Engagement Award and many more.

A handful of those awards highlight Pereira’s commitment to charitable endeavours and his belief in the importance of remaining involved in the global community. He and his companies and employees have sponsored children through World Vision; donated blood at Canadian Blood Services; donated to the BC Children’s Hospital; built schools in India, Mexico, Kenya, and the Dominican Republic; and supported the Eddie & Maggie Pires Center in its efforts to protect young girls from sexual exploitation.

Click here to learn more about entrepreneur Elton Pereira and his many achievements over the course of his fast-moving career or connect with him on Facebook, Twitter, or LinkedIn.