Two Houston teenagers fishing in the Buffalo Bayou on Sunday caught a big alligator gar that lived more than 100 million years ago. They thought they had an alligator snapping turtle at the end of the line when the bait went off, but it turned out to be a big alligator gar that was last caught in 1951 and 2011. Charlie Oliver and Evan Adams are both 18 years old and seniors at Memorial High School in Houston, Texas. 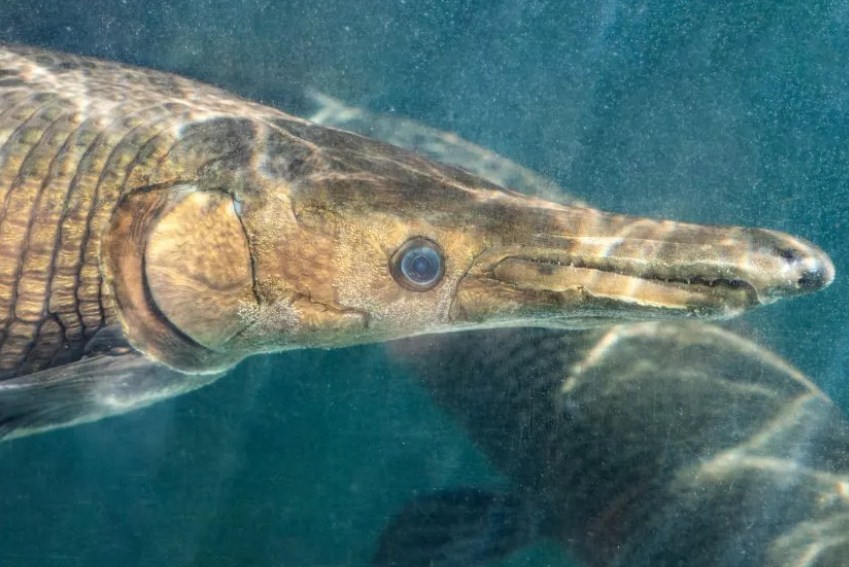 Although the teens measured the monstrous fish and took pictures with it before releasing it back into the water, the US Wildlife Service’s Fish and Aquatic Conservation said the alligator gar is usually referred to as the “living fossils” because it could be traced to 100 million years ago when it was most common in shallow waters.

The gar the teens caught was estimated to weigh about 140 pounds and measured 6 feet and 10 inches. The Wildlife Service said the alligator gar can measure 4-6 feet long and weigh between 100-160 pounds, but the rare fish can also measure 10 feet and weigh up to 350 pounds. Alligator snapping turtles on the other hand can weigh from 155-175 pounds and are the largest freshwater turtle species.

It took Charlie and Evans 15 minutes to reel in their catch. Since the teens had accidentally caught snapping turtles before, they first believed their catch was it until they tugged it in.

“We catch really big alligator snapping turtles on accident all the time, so I thought that’s what it was,” Charlie said. “The turtles kind of stick to the bottom and just feel really heavy on the line, but a little bit into the fight, we realized it was a monster fish.”

The gar was caught with a piece of carp which the teens had caught earlier. Evans said the resistance and weight of the catch were very similar to a snapping turtle or any other big fish. It was the biggest fish caught in the bayou in Houston in 10 years.

“You just have to let it take the bait, but then it’s kind of got the same fight as any other fish, except obviously it’s just so much bigger than anything else you’re used to catching,” Evans said. “People were really freaked out about it; they thought something that big couldn’t be swimming in their backyards.”

According to official records, the largest alligator gar caught by a fisherman with a rod and reel in Texas was caught in the Rio Grande River in 1951; it weighed 289 pounds and measured 7 feet and 9 inches. In 2011, an angler caught a bigger gar which weighed 327 pounds and measured 8 feet and six inches from the Lake Chotard in Mississippi.

Charlie and Evans have become local heroes since they announced their catch on Sunday.

Ray Tracing: Is It Important to Gamers or Not? < Previous
How Much Does It Usually Cost To Create An NFT? Find Out Here Next >
Social Connection
Latest News