Green Comet to Zoom Past Earth since 50,000 Years When Neanderthals Roamed Earth

NASA has predicted that a bright green comet will zoom past Earth on January 12 and that it will be visible on binoculars or telescopes. The last time the same comet came quite close to Earth was 50,000 years ago when Neanderthals roamed the planet. This means its full orbit is about 50,000 years. 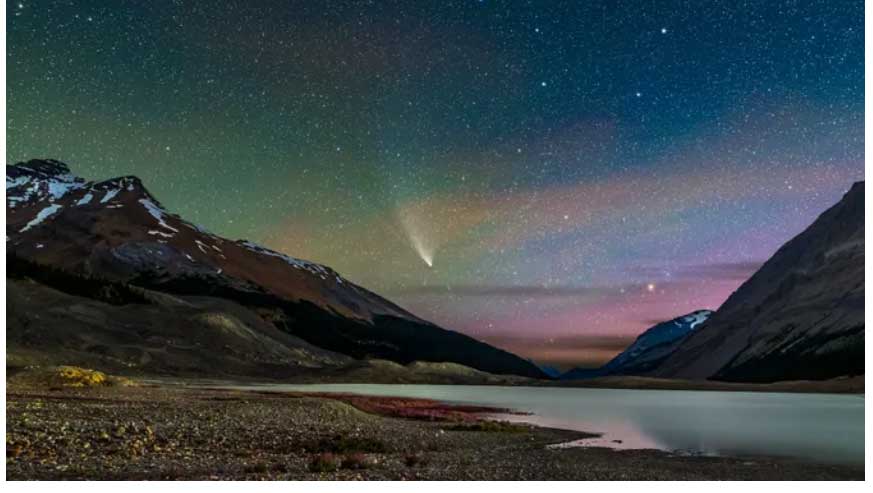 The ZTF stands for the Zwicky Transient Facility in California where the wide-field survey camera found the comet. It was already inside the orbiter of Jupiter when it was discovered by astronomers Bryce Bolin and Frank Masci. It was first believed to be an asteroid but was later found to be a comet with bright green lights.

According to NASA’s Jet Propulsion Laboratory, the brightness of the comet cannot be predicted; but this particular comet might be more visible as it comes closer to the sun. Comets have dust and gas frozen in them, and the dust or gas melts and gets released by the heat of the sun when the extraterrestrial body travels closer to the sun.

When sunlight reflects from the released dust and gas as the comet travels, it gives them the appearance of having long tails. The comet will be closest to the sun on January 12 when it will be around 100 million miles from the sun and will be visible from Earth on February 2 when it will come within 26 million miles of Earth.

“Observers in the Northern Hemisphere will find the comet in the morning sky, as it moves swiftly toward the northwest during January. (It’ll become visible in the Southern Hemisphere in early February),” NASA said.