The group of four civilian astronauts to ever go into space aboard SpaceX’s Inspiration4 spacecraft is due to return to Earth on Saturday. The four-space tourists just completed three days in orbit and are currently prepping for a touchdown on the sea. The capsule named Resilience is already aligned to its targeted landing site and its altitude is already lowered to make this possible, Reuters reports. 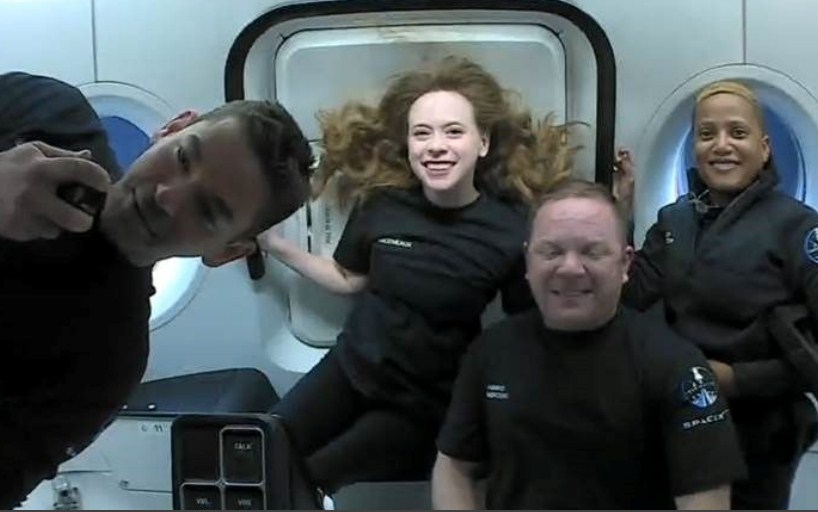 According to SpaceX, the spacecraft will land around 7 pm Eastern Time and the crew will parachute into the sea where they will be retrieved.

The Dragon capsule was manufactured by SpaceX, owned by billionaire Elon Musk, who also owns Tesla Motors and SolarCity. The four crew members launched off into space using SpaceX’s two-stage reusable Falcon 9 rockets from the Kennedy Space Center in Cape Canaveral on Wednesday.

When the capsule was launched, it got to a cruising orbital altitude of more than 363 miles (585 km) in three hours. This altitude is much higher than the altitude of the International Space Station (ISS) and the Hubble Space Telescope. It is the farthest ever reached by any humans since 1972 when NASA ran the Apollo moon mission.

The success of space tourism is targeted at opening the doors to commercial space tourists who will be launched into space after paying for such trips. SpaceX is not the only private space company to attempt the feat, Richard Branson’s Virgin Galactic and Jeff Bezos’s Blue Origin also launched the founders to space recently, but they returned to Earth in less than one hour in space.

In the next few years, after the three leading private space companies have perfected their craft, commercial passengers will be able to go to space for tourism. They will enjoy the thrills of space excursion as many times as they are able to pay for the trip.

The billionaire owner of Shift4 Payments, Jared Isaacman, reported paid around $200 for the four seats aboard the Crew Dragon that made the trip. He also personally selected the other three persons that flew with him into space. They are geoscientist and former NASA astronaut candidate Sian Proctor, 51, physician’s assistant and childhood bone cancer survivor Hayley Arceneaux, 29, and aerospace data engineer and Air Force veteran Chris Sembroski, 42.

Arceneaux currently works and used to be a patient at the St. Jude Children’s Research Hospital in Memphis, Tennessee. Isaacman said he embarked on the space voyage to raise awareness for the pediatric cancer center so that so significant donations can be raised to promote children’s cancer research at the hospital.

Study Finds the Weight of Children and Teens Doubled During the Pandemic < Previous
Insurance Pipeline Inc. Discusses the Differences Between Medicare Plan G vs. Plan N Next >