Everyone might pretend they are not fans, but somehow Big Brother is still going strong on its 24th season in the US. It is also still very popular in more than 50 countries around the globe, so this phenomenon is not going anywhere. 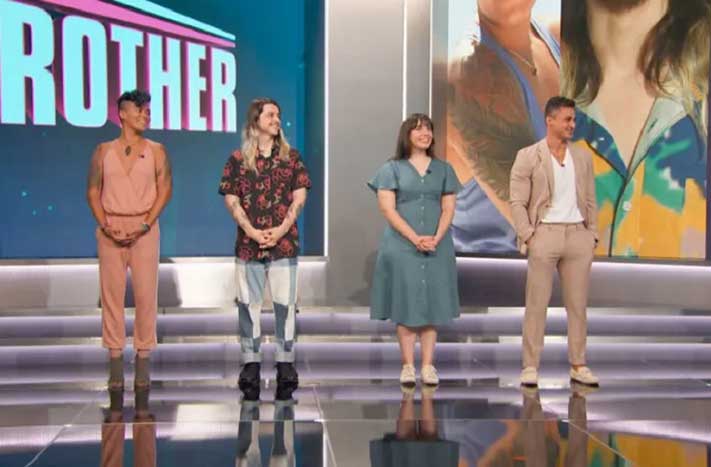 With the next Big Brother season well underway, there’s tons of talk about the Big Brother odds, gossip, and updates.

While it might have fairly grim inspirations, Big Brother remains one of the most popular television shows. With versions all around the world and high ratings up to this day, it’s no wonder there are tons of people that tune into the show every week.

With that said, joining the competition is very different from watching it. In fact, all the contestants who step up to the Big Brother stage need to follow a specific set of rules, and some of them are pretty curious, to say the least.

In this list, we’re looking at some of the most curious rules that Big Brother contestants need to follow that you can keep in mind next time you tune into the show.

The highlight of the Big Brother show is that cameras are watching the contestants all the time. And since this is a major network TV show, the producers and showrunners have to deal with potential copyright issues.

This is why, despite the contestants constantly talking with each other, they are not allowed to mention any movie quotes. Along the same lines, contestants can’t sing any popular songs while in the Big Brother house.

Remember, Big Brother broadcasts every moment in the house on a livestream, so even moments that won’t make it to the TV cut can potentially result in copyright claims. So, if you ever find yourself on Big Brother, remember that you can’t sing any tune or recite famous movie quotes.

All Contestants Need To Watch At Least One Season

When you compete on Big Brother, the odds of winning can increase if you’re familiar with the show. This is why many of the contestants on Big Brother are die-hard fans who have watched and probably re-watched every single episode.

But while this is the norm, a fair amount of people still sign up and get on the show without being superfans.

The showrunners want all the contestants to know what they’re getting into before the cameras start rolling in the house. So, one of the funny rules that apply to all contestants is that they must have at least watched one episode of the show so they don’t go in not knowing what can or will happen to them.

Contestants Must Leave Their Jobs

Filming for Big Brother lasts for around 96 days. And while not all contestants will stay in the house that long due to eliminations, the showrunners can’t be sure which contestants will get to stay and which ones will end up leaving.

So, before getting on the show, contestants must make arrangements at their current occupation. A few lucky contestants can file a 96-day leave for the show with no problem. However, this isn’t the case for everyone.

There are tons of contestants who had to leave their job to join the show. Since they will be cut off from the outside world for 96 days if they stay till the end, most people have to quit their job just for the show.

While this may sound a bit grim, remember that all the contestants really want to be on Big Brother, which is one of the things they must do to get on the show. And since Big Brother can potentially open doors to a different career, many contestants don’t mind leaving their jobs.

No Talking About the Show

If you’re a regular Big Brother viewer, you’ve probably read or heard stories of different contestants speaking out against or about the show years after their original stint. And while this might just seem like a publicity stunt to get another 15 minutes of fame, that isn’t the case.

When a contestant is eliminated or even when the season ends, contestants aren’t allowed to talk about the show to different media outlets for at least three years. The only times they can talk about the show within that time frame is during approved interviews, which can explain why some contestants wait years before having their first interview outside of Big Brother.

You Need to Be Completely Cut-Off From the Outside World

One of the main selling points of Big Brother is that the contestants are completely cut off from the outside world. This means no cell phones or outside communication.

And while most viewers understand this rule, not many people know the extent that showrunners will go to ensure that everyone follows it.

For example, numerous contestants have tried to smuggle out a letter for their loved ones through another eliminated contestant over the years. The show caught on to this, and they are now working to put an end to it.

So, if you join Big Brother, get ready to only talk to the rest of the cast for your entire stint!

Big Brother is an enjoyable and entertaining show, and one of the reasons is the unique premise. And because of this premise, the contestants need to follow a set of weird and sometimes insane rules.

While following all these rules can be quite annoying, they are a key part of the show and why we are always incredibly entertained whenever it’s Big Brother season!

Mezzanine Finance: What it is, When to Use it < Previous
$146.9b: Guatam Adani of India Beats Jeff Bezos as World’s Second-Richest Person Next >
Social Connection
Latest News