Home » Headlines » Editorials » 5 Negative Emotions and Why They Matter

5 Negative Emotions and Why They Matter 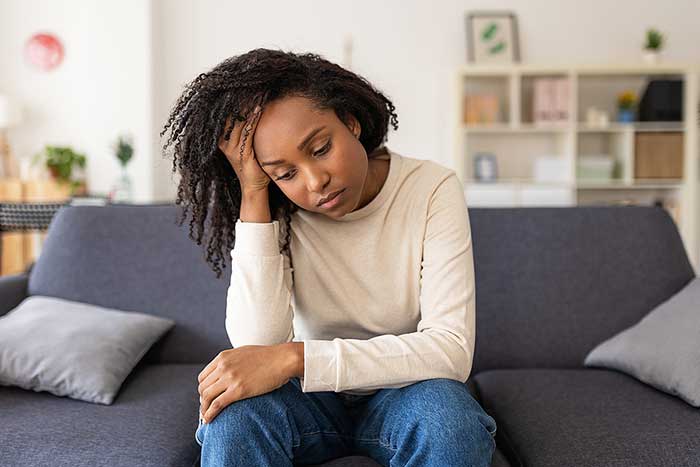 In truth, many psychologists admit that negative emotions can have important positive effects on one’s cognitive, emotional, and behavioral development. The key to surviving and thriving amidst the inevitability of negative emotions is acceptance, and it is much easier to accept negative emotions when one understands the benefits they might have in one’s life.

One of the core emotions a person can experience, sadness is beneficial in its ability to improve the mind’s ability to process information and properly regulate emotions into the future. When a person experiences sadness, they are more likely to pay greater attention to information related to themselves and their environment to discover solutions to their negative feeling. Often, sadness prompts individuals to make changes to their behavior or surroundings that will contribute to even greater moods in the future.

Of course, there is a difference between general feelings of sadness and clinical depression. Sadness is the normal and natural reaction to difficult life circumstances, like a loss. Usually, sadness is temporary; it is possible to overcome sadness by engaging in activities one enjoys. In contrast, depression is caused by various malfunctions in the brain, which must be addressed through specific treatments. Those interested in developing more effective therapies to combat depression might pursue a bachelor’s degree in psychology and focus on depression research.

Optimism is often seen as the ideal outlook. Indeed, optimists are more likely to receive promotions, less likely to burn out, and thus more likely to be financially wealthy than their pessimistic counterparts. Still, there are some ways pessimists outperform optimists. Despite their confidence and high expectations, optimists tend to be relatively unprepared for risky tasks, which can result in poor performance. In contrast, the stress and concern regarding worst-case scenarios imagined by pessimists prior to any event motivate them to go above and beyond in their preparations. As a result, pessimists tend to be flexible and able to endure any development, allowing them to perform adequately in a variety of environments.

To some, guilt can feel like a prison. Trapped in feelings related to past mistakes, many people languish, unable to make decisions that build a more positive future. For this reason, some psychologists label guilt as a “crippling emotion” and attest that it has no useful purpose.

However, other psychologists disagree. Psychology studies focused on guilt have discovered that individuals who are more sensitive to feelings of guilt are more likely to avoid behaviors deemed deviant by their surrounding society. For example, adults prone to guilt were less likely to use illegal drugs, steal, drive under the influence or participate in any kind of assault. Thus, it seems that guilt acts as a tool for assessing an individual’s morality, relative to that of their society.

Many people are frustrated by a lack of focus, but the truth is that the human mind is in a mindless state roughly 50 percent of its waking hours. Mindlessness might seem unproductive, but the truth is that periods of zoning out can be exceedingly important to the mind’s performance. Though it might seem that thought patterns are free-floating during mindless moments, the truth is that the mind is actually working on unresolved issues, often of a personal and private nature. The result is that those who allow their minds to wander are more likely to gain valuable insights into themselves and their environments, which can lead to enhanced creativity and innovative problem-solving.

Humans are a social species, and though cooperation is necessary for our survival, comparison and competition tend to be rife, as well. Research has found that as soon as individuals share a space, they begin sizing one another up — determining who is the smartest, who is the toughest, who is the best-looking, etc. These processes might be subconscious, but they can certainly impact how an individual feels about themselves and how they feel about those around them.

Psychologists have identified two types of envy: malicious and benign. As the name suggests, malicious envy is not constructive; it encourages an individual to tear down those they perceive to be better in an attempt to establish equality. However, benign envy allows an individual to develop respect and admiration for those they deem better, which can motivate them to improve themselves in certain ways to achieve the same skills or status they have high regard for. Thus, the right kind of envy can encourage hard work and improved self-esteem.

Negative emotions have an important place in the human psychological experience. Learning to manage one’s negative emotions properly can lead to valuable insights and improvements in the future.