Home » Headlines » Health » Why Gaming Is Good for Your Health

Why Gaming Is Good for Your Health

Video games are one of the most popular forms of entertainment. They provide excellent ways to learn, play, and have fun. 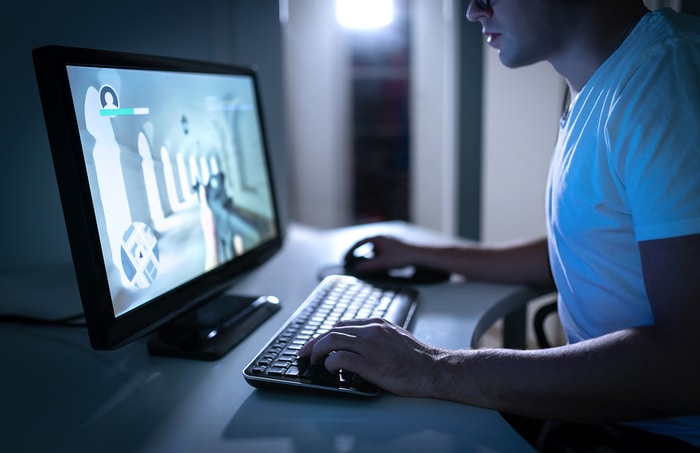 However, the topic is also highly controversial. For a long time, gaming has been regarded as unhealthy, especially for younger players.

Recent studies challenge this view. According to modern researchers, playing games has a plethora of benefits for gamers. Video games are especially beneficial for the cognitive development of adolescents and young adults. Here are some examples of how gaming positively affects your health.

One obvious advantage of playing games is an enhanced ability of multitasking. Gamers are better at processing several things at once, unlike their non-playing peers. Children that enjoy playing video games can easily handle a few actions simultaneously. However, this is often associated with attention disorders. But scientists proved that multitasking doesn’t necessarily mean that kids will develop such disorders when they grow up. This skill can come in handy when later in life.

Video games that involve action and shooting are typically quite violent. However, that can also be very helpful for cognitive development. During these gaming sessions that include shooting and violence, adolescents learn to adapt and behave in highly dangerous situations quickly. These dangerous situations usually happen very quickly. Gamers gear towards spotting danger. The adrenaline rush that occurs here triggers rapid cognitive processes and reactions. As a result, players have better skills and can react more swiftly without freezing during risky situations.

Games like Sudoku and Memory have one purpose – to help you boost memory. Good memory is crucial for us. Hence, these games are great for exercising your memory skills. By playing games that require concentration for navigation through the game, you remember more information and in greater detail.

As we mentioned above, concentration during challenging rounds is usually vital for playing games. It doesn’t matter what type of games you are playing. You can play action games, first-person shooter games, or even casino slots, and the point is the same. Keeping your focus sharp can sometimes save you under challenging rounds. Experts suggest that attention and focus are not related only to video gaming. Their studies show that young adults that play games perform better at tests and can maintain better focus than their peers.

They Are Highly Informative

The informative aspect is perhaps one of the most argued benefits of video gaming. Many people are asking how children may learn within games. And the answer is straightforward. Gamers spend a lot of time playing games. Because of that, they inevitably pick up different pieces of info. Additionally, they are having fun, which was proven to be one of the most effective ways to learn. Scientists even found out that video games can improve language skills, especially for non-native players that play games in English.

Problem-solving skills have direct ties with concentration, visual processing, and memory skills. Youngsters with a proclivity for gaming often encounter difficult situations that need a bit of planning and organization. While they ponder how they can escape the risk, they are practicing problem-solving skills. The ability to think fast and devise a practical plan is vital for children and adults alike.

As you can see, gaming can be very beneficial. Of course, some risks still exist, especially with younger players. That is why it’s important to monitor the game playing activities. Balance and caution are paramount. The right choice of games is equally important as the amount of time that is spent in-game. Healthy doses of video games can bring you a host of advantages, especially when it comes to building skills.